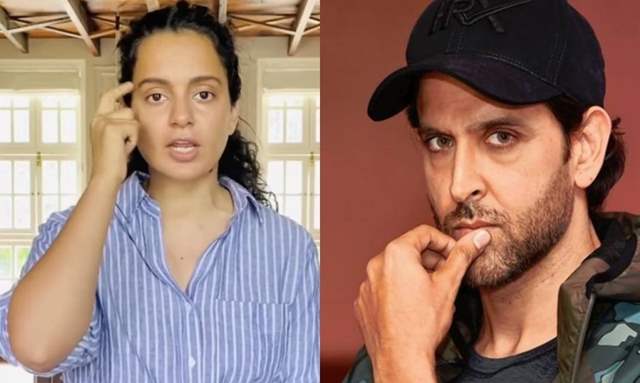 Kangana Ranaut is one of the finest talents of the industry. An epitome of versatility, she has entertained the audiences with many blockbuster films to her credit. Apart from her professional front, she often makes headlines for her fearless and outspoken self which often leads her into controversies as well.

Kangana’s bad blood with Hrithik Roshan is known to all. Recently, during an interview, the actress revealed how Hrithik labelled her as ‘gold digger’ and told his friends that she was after his money. She asserts how this turned her towards material ambitions in life.

In an interview with Pinkvilla, Kangana revealed that when she started out, she had no material ambitions but it was only after her altercation with ex-beau Hrithik Roshan that she was subjected to labels like a gold digger. “It's only a few years ago when I had a fallout with one of my exes (Hrithik Roshan) and the whole legal case happened, I remember it became a discussion that I'm from a small town, I'm after his money. Maybe being a woman, I don't look at money but am I looked at like that from an outside perspective that I'm a gold digger from a small town? It's something that is so obnoxiously said to you that it can change the course of your life. So then, it became about material things” she shared. 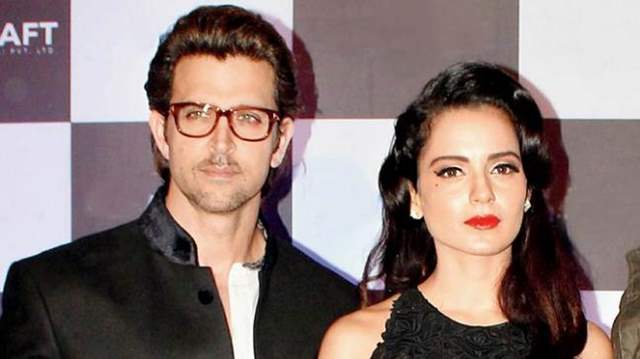 Further, Kangana also took a dig at Hrithik as she mentioned that the actor lives in a house funded by his father and filmmaker Rakesh Roshan while she has built up her own house and office on her own.

"Today, I can proudly say that my ex lives in a rented house funded by his father and I have bought my house and office space on my own."

Kangana adds: “If he said to his friends, ‘Oh, she's only after my money,’ I didn't know how to prove that it wasn't it. In a relationship, how does one who doesn't have such possessions, comes from a small town with a humble background, have no chance of love, dignity! That person suddenly doesn't have a say in this world of nepotistic materialistic people.”

“Then, I thought I'm going to have the best house anyone will have, best office and by the age of 50, I also will be one of the richest people in India. That's what I've just decided” she concluded.

Recently, Kangana's team shared a BTS video that showcases the actress's work studio of her own production house 'Manikarnika Films', located in Pali Hill in Mumbai.  According to sources, the total landing cost of this dream studio is approximately 48cr along with reconstruction and rebuilding the place from scratch.

josh135 3 months ago I think she’s referring to adhyayan suman.. shekhar sunmans son who is at the moment good for nothing

-SilverAngel- 3 months ago Glad that she has such ambitious goals, all the best for them, but can't she stop talking or even hinting about her exes and especially Hrithik Roshan. It feels as if she does it on purpose for a small article to turn into a full fledge controversy so the media can give it full on publicity & mirch masala. Not demeaning her, but that's what it looks like.

Aamir Khan Can't Contain his Happiness after Turning a ...
8 minutes ago

Shekhar Kapur Appointed as President of FTII Society & ...
14 minutes ago