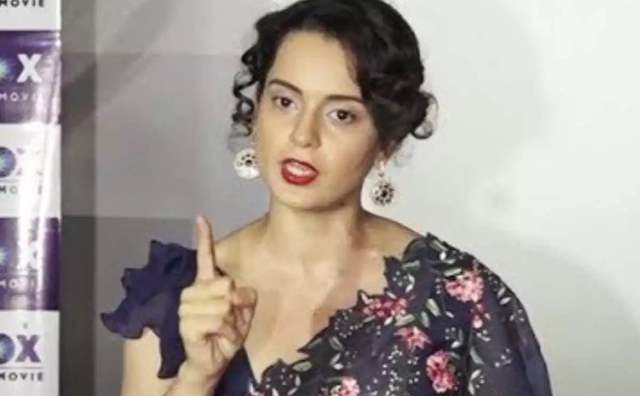 Kangana Ranaut, who is no stranger to online trolling, hit back at trolls on Thursday after they alleged that the actress had 'copy-pasted' a picture of a breakfast bowl from the internet and claimed that it was made by her.

It all started when the  actress decided to give fans a sneak peek of her break fast.

Sharing a picture of a pink smoothie bowl loaded with fruits and honey, Ranaut tweeted: "There is nothing I appreciate more than self made food, here’s my very own personal recipe a summer smoothie for breakfast with lots of organic honey nuts and fruits."

After the tweet was shared, a section of Twitter took to the comments section to accuse the 'Queen' actress of picking up a picture from the internet and claiming that she had made it herself.

Several users shared screenshots of the website -- kuvings.com, and said that Kangana has taken the picture from there. The website, however, only has a recipe to a similar breakfast bowl, not the same picture.

Hitting back at trolls, Ranaut shared more pictures of her breakfast bowl and wrote: "Hahahaha can’t believe some people are mistaking this picture from my van this morning for some international professional chef’s famous blog, I knew I am good but sooo good like a professional.... seriously had no clue. Thrilled to know I am awesome at everything that I do."

Sharing screenshots of Instgram accounts that mocked her for the tweet, Kangana added in a seperate tweet: "All the influencers accounts automatically get memes to post mocking or making fun of everything I do, in this case this fake edit being spread claiming that I lied about cooking, this may seem frivolous on surface but deep down it’s made to damage one’s credibility and dignity..."

"Just last week I lost more than 5 lakh followers on Instagram,this is mafia racket,they gang up on you boycott you and if that leaves you happy and content they ruin your image and brand that’s how they killed Shushant,that’s how they harass outsiders who don’t need them for work," she wrote.

In a subsequent tweet Kangana declared that she's soon going to expose the 'obsessed lover' who is behind these social media smear campaigns.

She wrote: "The man behind this particular social media smear campaign is a jilted obsessed lover I had a small fling with, he is faking a high profile relationship but won’t marry the kid cause he has many skeletons in his closet, I will reveal his name with solid proofs, hang in there ??"