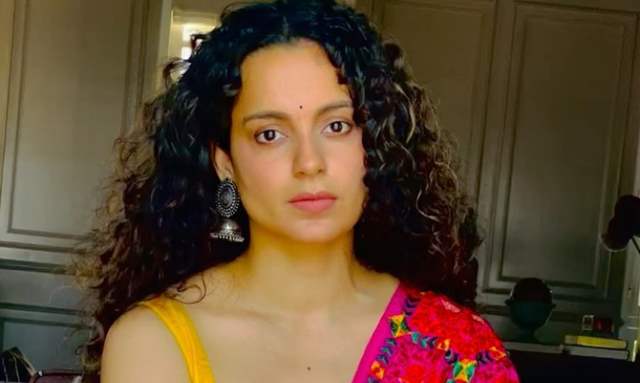 Bollywood actress Kangana Ranaut has once again made it to the headlines for her upcoming film Thalaivi. Initially, the film was to release on April 23, however, it is now postponed in view of the surging Covid-19 cases. However, rumours suggest that Thalaivi will also be released on OTT.

Now, Kangana refuted all such reports and said the film will have OTT release only after it is first released in theatres.

Taking to her Instagram handle, the actress wrote, “Thalaivi digital rights are with Amazon (Tamil) and Netflix (Hindi) none of them can individually stream the movie before theatres release.”

Furthermore, she even slammed the movie mafia and said, “All the fake propaganda movie mafia doing please ignore. Thalaivi deserves a theatrical release and makers are determined. Strict actions will be taken against any bikau media spreading fake propaganda.” 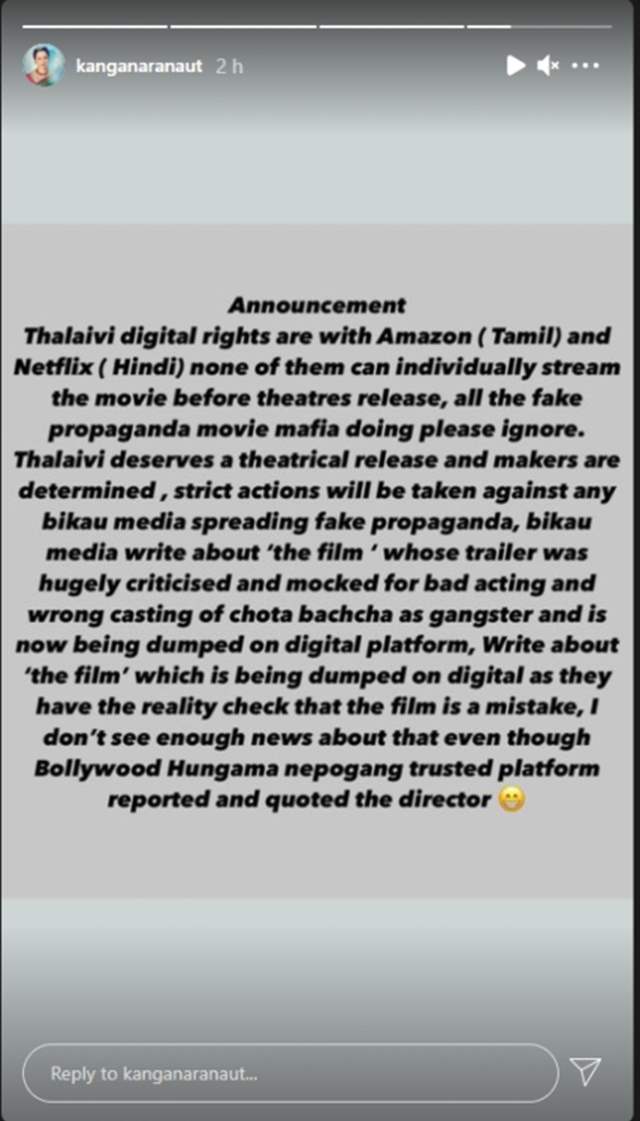 Kangana Ranaut’s upcoming film Thalaivi features the late politician's journey from being an actor to becoming Tamil Nadu CM. The 34-year-old actress left no stone unturned for getting into the skin of former Chief Minister J. Jayalalithaa. From the looks of it, the Panga actress underwent a massive physical transformation and the trailer of the biopic will definitely surprise you.

22 days ago She should stfu at this point