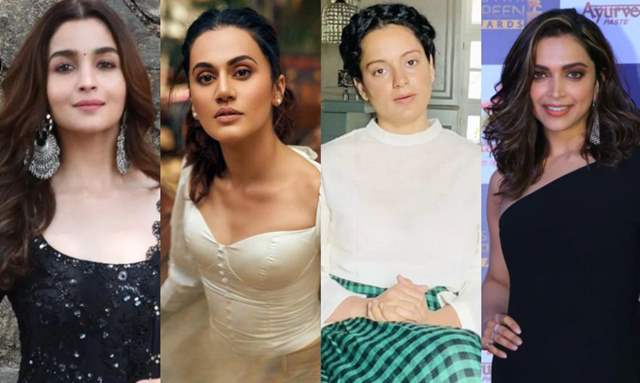 It seems Kangana Ranaut’s bad blood with actors Deepika Padukone, Alia Bhatt, Taapsee Pannu, and others might never end. The Manikarnika actress has once again commented about her contemporaries and revealed how and why she has been relentless in her criticism of the actors.

Sharing a video compiled by a fan Kangana wrote: “There is not a single actress in this industry who I have not supported or praised here is the proof, but none of them ever showed any support or praise for me, have you ever thought why? Why they gang up on me? Why this conspiracy to look through me and my work? Think hard”

Kangana shared a fan's video compilation of all the times she had previously praised the work of Alia, Deepika, Kareena Kapoor, Katrina Kaif and even Taapsee. The video showed Kangana after movie screenings and in interviews, calling Kareena's performance in Jab We Met a benchmark for female actors, calling Alia a 'queen', and refusing to accept that Taapsee is her 'sasti copy', a tag that she often uses for her now.

Meanwhile, on the work front, Kangana Ranaut is currently gearing up for the release of her upcoming film Thalaivi and from the looks of it, the trailer of Thalaivi seems to have impressed the audience who are in awe of the actress’ performance in the film.