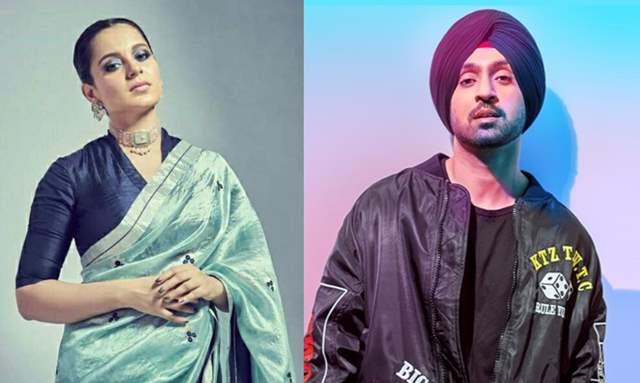 Actor Kangana Ranaut slammed Punjabi pop star Diljit Dosanjh for responding to her tweet of an elderly Sikh woman from the farmers’ protest.

Kangana in her tweet misidentified an elderly Sikh woman during the farmers’ protest as Bilkis Bano of Shaheen Bagh. Several television stars as well as Diljit slammed Kangana for her remarks even though the actress had deleted her tweet, the damage was done.

Now, in a shocking turn of events, the Panga actress has hit back at Diljit calling him 'Karan Johar Ka Paltu'.

In another Tweet, Kangana lashed out at the Punjabi singer and claimed that when the actual truth behind these protests come to the fore, she will write a brilliant speech and bring all her haters to shame.

However, even Diljit left no chance to hit back at Kangana and said,

BeyondHorizon 1 months ago This woman is so lost, I wish I could pity her. Now that no one is talking much about SSR, she needs something new to stay in the news. So she is targeting people one by one.

jodh57 1 months ago Seriously..!! stooping too low..this woman is insane

ChickenSoup 1 months ago This woman is a brown Karen.