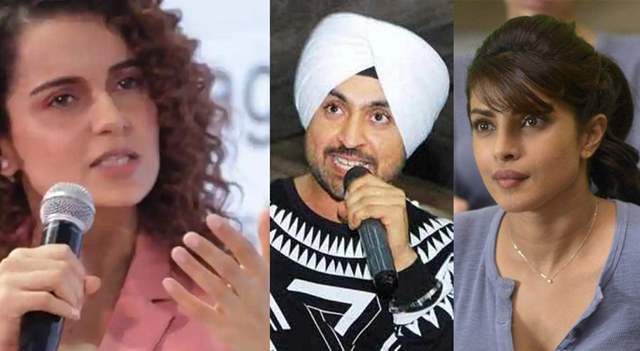 A number of new controversies erupted after the nation witnessed a peaceful protest turned violent after the farmers were reportedly seen storming the capital. While the social media has been divided over the farmers protest against the controversial farm laws, Bollywood actress Kangana Ranaut has maintained her stand about the same.

Previously, Diljit Dosanjh and Priyanka Chopra were seen extending their support to the farmers. A lot has conspired between Diljit and Kangana and the two even got into a war of words subject to farmers protest.

Now, in a recent turn of events, Kangana raised questions to Diljit Dosanjh and Priyanka Chopra as she shared a picture of a protestor hoisting a flag at the iconic Red Fort and stated that the world is laughing at us.

A lot has conspired between Diljit and Kangana and the two even got into a war of words after the Manikarnika actress shared a tweet about an old lady participating in the protest.

In another tweet, Kangana mentioned Diljit as she wrote, “This is not a tight slap on @diljitdosanjh face this is what he wanted. He got what he wanted and this nation gave him this on a platter.”

1 months ago Who is she to question people? If she wants to question why doesn't she question the govt which brought these farm bills.the world is not laughing at India...infact the world support the farmers...

+ 3
1 months ago Oh why doesn’t she shut up. This is where I regret liking bole chudiyaan, BOLE KANGANA -_-