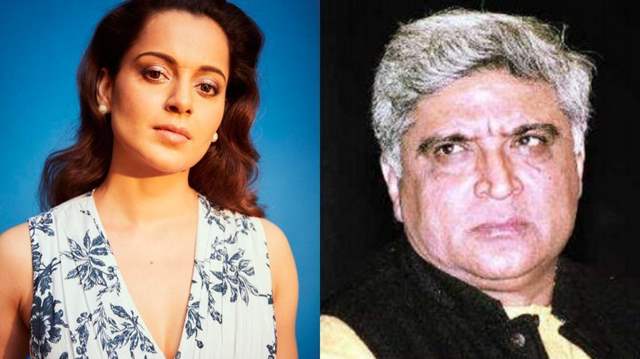 On July 4, Kangana Ranaut made an appearance before the metropolitan magistrate court in relation to the defamation lawsuit filed by Bollywood lyricist Javed Akhtar against her. The Queen actress wanted only her sister and her attorney to be there when the actress recorded her statement for the case.

Kangana said that Javed Akhtar was unhappy and insulted her integrity when she refused to apologise to Hrithik Roshan in the presence of her sister Rangoli Chandel, who was present as a witness. The famous songwriter allegedly even threatened the actress with severe repercussions, according to the actress.

According to the report from Indiatoday, Kangana said in court,

"We won't waste time putting up impostors; once the world learns that you had an affair with impostors rather than Hrithik, your face will be tarnished and you won't have a choice but to commit yourself due to the widespread public disgrace. We have evidence, they have all the ministries, apologize and save yourself. A girl from a respectable household will be consumed with shame. If you lack the shame to preserve your dignity, then refrain from insisting".

According to reports, Kangana Ranaut also claimed that Javed Akhtar had driven her to suicidal thoughts and created her mental instability.

This issue began in November 2020 when Kangana was the center of a complaint from Javed Akhtar. The songwriter complained that Kangana had slandered him by using his name in an interview while making reference to a 'coterie' that is purported to exist in Bollywood. The Manikarnika actress, on the other hand, had earlier claimed that Javed Akhtar had invited her, and her sister, to his Juhu house, intimidated them and compelled them to write an apology during her dispute with Hrithik Roshan.

Talking about Kangana's work front she was last seen in Dhakaad which didn't make the expected impact on the box office. She further has Tejas and Emergency in the pipeline.

2 months ago Where is the writen apology? who has it? why did she want to give her statement behind closed doors? Her only witness is Rangoli? What modesty was outreaged? Her lies are preposterous ...None of it makes any sense other than, in kangaworld...the corruption is rancid!

+ 14
2 months ago “ suicidal thoughts and created her mental instability “ Really??😒 the irony of this statement🙄🙄