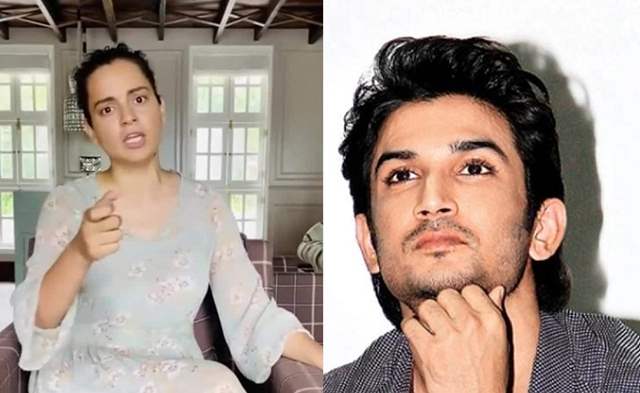 Sushant Singh Rajput's untimely death left the whole nation shattered. The 34-year-old actor breathed his last on June 14, 2020 by hanging himself from the ceiling of his residence in Bandra, Mumbai.

Since the time the actor left for heavenly abode, he has left behind a lot of unanswered questions as to, "What instigated him to take the drastic step of ending his life?".

While his post-mortem reports stated 'asphyxia due to hanging', various media reports stated that it was professional rivalry which instigated Sushant to take this drastic step.

Talking about professional rivalry, nepotism and torture, fingers have been raised on many big names from the Hindi film industry and one by one the Mumbai Police have been summoning them and recording their statements. So far, filmmaker Sanjay Leela Bhansali, YRF's head honcho, Aditya Chopra, girlfriend Rhea Chakraborty and some of his close friends and peers have been interrogated.

While the Police Officials have been doing their job, actress Kangana Ranaut too has been doing a thorough research on Sushant and his life and has been trying to find out what and who forced him or tortured him to end his life.

The actress has been sharing various videos of her research on her social media account and also in her recent explosive interview with a news channel, she revealed a lot of hidden things about the Hindi film industry and also revealed many big names and called them the Bollywood Mafias.

Recently, there were reports that Kangana was sent a summon by the Mumbai Police to appear before them and record her statement in relations to Sushant Singh Rajput's suicide case.

However, her team has now rubbished all such reports and stated that she has not received any summon from the Mumbai Police and that she and her sister, Rangoli Chandel have been trying to reach to the officials investigating the case to call her to record her statement.

Sharing a screenshot of Rangoli's chats with the police official, her team wrote alongside: "There is no formal summon sent to Kangana, Rangoli keeps getting casual calls from the cops for past 2 weeks, Kangana wants to record statement but we don’t get any response from Mumbai Police. Here’s a screen shot of message Rangoli ji sent to Mumbai Police"

The message Rangoli sent to the Mumbai Police reads:

"Dear sir, As we spoke today kindly send us the questions u want to ask Ms. Kangana Ranaut so that Ms. Ranaut can record her statement accordingly. Mr. Ishakaran Bhandari ocai er and his number is , anything u need u can our legal team also they will help u with everything u need from our side . Sir we want justice for Sushant singh Rajput and we will co operate u in every possible way !!! Ms. Ranaut is more than willing to record her statement once we receive the questions from your side. Thank you in advance !!! "