We have seen Kanan Malhotra playing Aditya, the loving, caring and at the same time a very friendly brother to Nivedita and Divya in Rajan Shahi's Chand Chupa Badal Mein on Star Plus and in the coming few days we will see Kanan essaying the role of Rahul, yet another caring brother but with a very different nature. 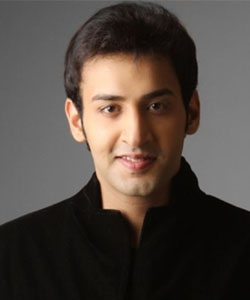 Kanan Malhotra takes the brother and sister chemistry to the next and a higher level in Zee TV and Shreya Creations' upcoming show Apno Ke Liye..Geeta Ka Dharma Yudh, where he portrays the character of Rahul, brother to Geeta, the female protagonist of the show characterized by Sargun Mehta.

Regarding the character Kanan tells Tellybuzz, "Even though I will be seen in the same role of a brother, the nature and presentation of the character is completely different from what I have portrayed in Chand Chupa. Aditya was very sweet by nature, where he cracked jokes and had fun with both his sisters as opposed to Rahul who is introvert and silent. In the very beginning, the show stages the bond between the brother and sister. They are a family based in Patna, and Rahul will be shown shifting to Delhi to give his IAS exams. This is where he falls for a college going girl Mona, played by Garima Ajmani. "

Comparing himself in person with Rahul and pointing out the differences he says "Rahul is a complete introvert which is diametrical to me in person. I am an extrovert and a person who can't stop talking, once I get started."

The show is about the family based in Patna consisting of the father (Ravi Jhankal), mother (Shalini Arora), the elder brother and his wife (Gaurav Rana and Poonam Bharti who are new faces in the industry), middle brother Rahul (Kanan Malhotra) and youngest one Geeta (Sargun Mehta).

+ 2
9 years ago the one and only Maine Pyar Kiya for me ...love you Salman

11 years ago Kuch Kuch Hota Hai, Maine Pyar Kiya, Dilwale Dulhania Le Jayenge are the best for me! but i hvnt wtchd the others!

11 years ago heyy there's no film vivah here as i love it and shahid-amrita jodi is awesome!!

pimm 11 years ago KKHH should be nowhere here! The songs in that movie are so...childish! Instead they should have kept Dil Se or something...

12 years ago Hum Dil De Chuke Sanam didn''t make it into the list!!!

12 years ago I dno bout the rest but ALL Sharukh movies on here r defo the most romantic ones!! LoveedAllOffTheem!! X

+ 5
12 years ago Mughal E Azam doesnt belong in this list, its a historical epic, not just a love story. Neither does Kaagaz ke Phool, a depressing movie mirroring a real life obsession with tragic fate.
Where is QSQT? The Bollywood version of Romeo Juliet?
QSQT shd have been there.