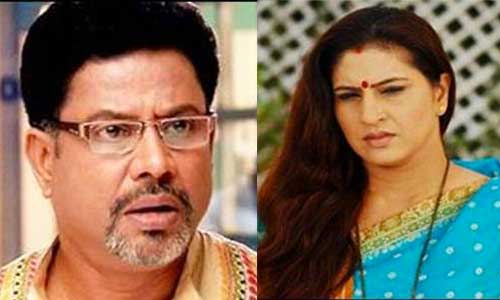 The newly launched channel is all set to launch a new show produced by Balaji Telefilms' Yeh Dil Sun Raha Hai. The popular TV actors Kali Prasad Mukherjee and Seema Pandey will be seen playing the pivotal role in the upcoming show.

Yeh Dil Sun Raha Hain is an intense love story set in Bihar. The show is soon to go on air only on Sony Pal.
0 Likes

larki_punjaban 9 years ago together AGAIN? i thaught john had only bips with him vidya bhi?

blyton 9 years ago John had to leave Chenab Gandhi because Bipasha did not want him to work with Vidya...hmmm...so another chance for this potentially hot pair? But how can two-expression John match up to Vidya's accomplished histrionics on screen?

noseasync 9 years ago for john & vidya's pair, i had to bear the torture of waching the whole idiotic movie(salaame ishq)

undoubtedly, their chemistry is sizzling!
Hope they work together again...

shivani003 9 years ago I loved them in Salaam E Ishq. Their story and Govinda's one was the only bits I liked. They have good chemistry. Looking forward to seeing them sizzle onscreen again