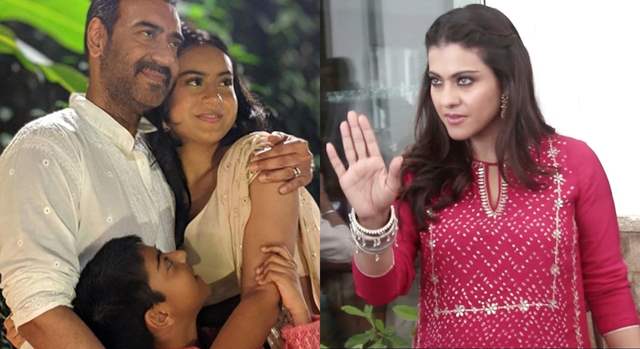 Kajol and Ajay Devgn love their kids, Nysa Devgan and Yug Devgan to the core but at the same time they believe in disciplining them equally and keep them under control. Along with expressing their unconditional love for them they have set some serious parenting goals. While they leave no stone unturned to spoil their kids, they also make sure to keep a check on all their doings and make them accountable for it.

Recently, Kajol made a confession about her parenting and that has shocked all of us. Despite being a huge star and despite providing her children with all the luxuries of life, she believes in asking her kids "hisaab" every time they go out showing is how we must keep our children grounded.

Talking about how she keeps a check on whatever and how much their children spend, Kajol said, "Whenever my kids go out, I ask them for a hisaab. They get annoyed but they have to give me an account. It's important for them to understand the value of money."

Talking about how she keeps them grounded amidst all the fan frenzy and paparazzi, Kajol says, "I tell them that it's because of their parents' profession that they're flying class. So you have to accept it."

Also, earlier, when Kajol appeared on Karan Johar's chat show, Koffee With Karan, she had revealed how she takes care of each and every penny. She had revealed that she borrows clothes and jewelery for events rather than buying something which she probably would not be able to repeat. Not just that, Kajol had also said that she buys each and everything keeping in mind the utility and hence gets most of the things online at cheap prices. Kajol and Ajay's children, Nysa and Yug, have often been trolled for their appearance, dressing sense etc.

Talking about the same, Ajay had told IANS, "Honestly speaking, those people don't really matter. But I feel bad sometimes when my kids go through such harsh trolling. She (Nysa) used to get upset over trolling earlier, but now she doesn't care about it anymore. She knows how to deal with it. She has accepted that there will be some people who will keep judging no matter what."

"Jo bhi yeh karte hain, unka mindset bakwaas hota hai (The mindset of people who do these things is rubbish). So we too, don't bother about all that, nor do we pay any heed to such nonsensical comments made through fake identities," Devgn had revealed in an interview with Deccan Chronicle.

Nysa is currently studying in Singapore and has come down to the country for her winter break. Kajol had revealed that Nysa is more inclined towards cookery than acting and might take that up as a career option later.

Rithvik Dhanjani on Dying To Do a Fiction Show Now Amidst ...
an hour ago