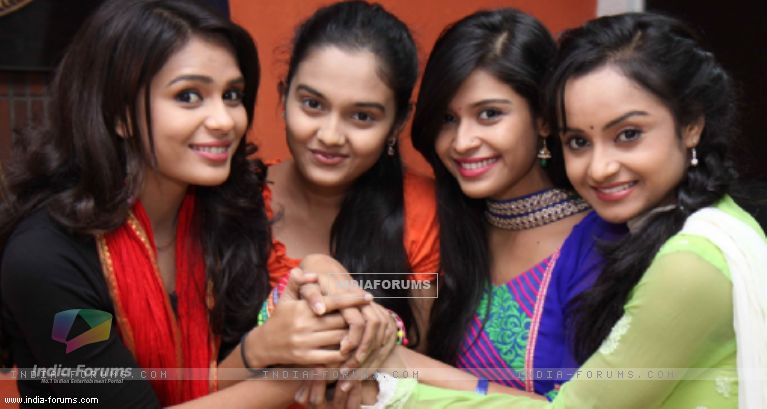 Shakuntalam Telefilms' popular show Shastri Sisters on Colors is set to bring an intense drama in the upcoming episode.

In the upcoming episode, Kajal the vamp of the show will play her another game to build differences between Anushka (Ishita Ganguly) and Minty (Neelu Kohli).

Our sources says, "Kajal will give tablets to Anushka to make her speak everything in her heart. Kajal will succeed in her repetitive attempts as Anushka will get unconscious and will start arguing with Minty for taking Kajal's side blindly. She will blame Minty to support Kajal in her wrong deeds. Minty in return will shout on her for misbehaving. Kajal will enjoy seeing them fighting."

How will Anushka react after gaining consciousness?

agora11 5 years ago Thanx all&lt; Annu, Rajat & Minty are amazing. Want to see more active Rajat n Annu's role. Rajat is greatly missing in the series since they have got married...

5 years ago Thanks. Eagerly awaiting for kajal exit.

5 years ago CVS we want anuraj romance not kajal nonsense

Ammie1995 5 years ago Hate kajal ..she is so boring..we want to c more Anuraj..ishvi rockss

5 years ago fed up of this track need some romentic track between anuraj ,

5 years ago love shastri sisters!!! the best show colors have given with a very talented bunch of new protagonists!!!! love anushka and rajat loads and loads

5 years ago i hope anu will be able to expose kajal soon... neelu kohli and ishitha ganguly are superb as senior Mrs Sareen and junior Mrs sareen...want to see more of rajat and anuraj...SHASTRI SISTERS is the best serial on colors...