Looks like all are out to woo the newest judge on Indian Idol 4, Kailash Kher. Every other contestant aspires to render a new version of the musician's hit song Teri Deewani... but Kailash had a weird fan experience, but guess what, he loved it to the core!! 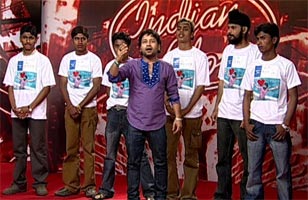 Featured Video
Through the auditions Kailash was not just put to test for the vocal skills of contestants, but also had heard them repeatedly sing his own song. “In fact the Lucknow auditions of the show had not just one, but six people entering the room for audition at the same time and singing his song,” says our source.

“The team of 6 young men have now formed a forum AIKFC that stands for All India Kailash Fan Club. Kailash was overwhelmed to know that his fans respect him and his fan club even existed. But the irony came when they started to sing a besura version of Teri Deewani… for him,” adds the source.

Annu who couldn't control his laughter started making fun of the act and said "Kailash tumhare fans toh bohut surile hain!” An upset Kailash gave it back to Annu with "Fans hona ek baat hai aur surile doosri!" Kailash got up and joined his fans on stage and dedicated a song for them!

Kailash is a true Idol of his fans. Isn’t it! 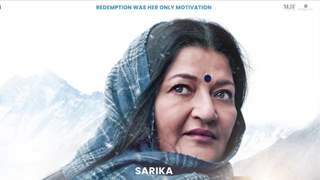 + 4
14 years ago Aweeeeeeeeeeeeee!!! Kailash is my all time favourite singer! He totally rocks, and has proven how SWEET he is!!
Anu... back offffff!!

Anu needs to chill...I guess that is what happeneds when you can't sing and have no fans...I think the true besura is Anu

14 years ago wow, that's real sweet of him to stand up for his fans against Anu Malik....