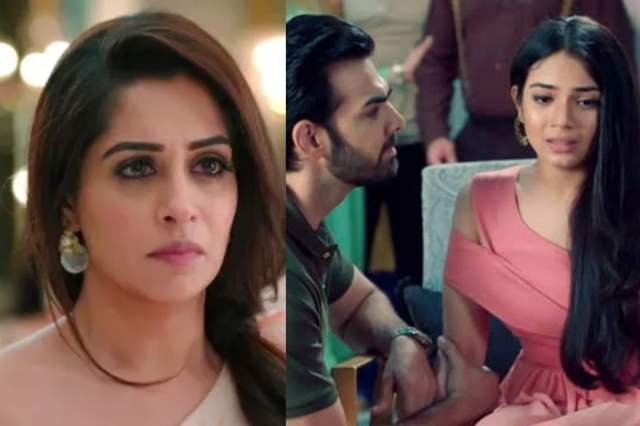 Sandip Sikcand’s newly launched show Kahaan Hum Kahaan Tum has successfully managed to grab the eyeballs. The show with its exciting track and Ronakshi’s amazing chemistry has retained its position in the TRP charts since inception. After a month-long wedding drama, the show is heading for a new drama with Rohit and Sonakshi’s separation.

In the on-going track, On the one hand, Pari and Rohan’s truth has been revealed which has created a rift between both Sonakshi and Rohit’s family. On the other hand, Pari learns about Pooja’s birth secret that she is Naren’s daughter from his extra-marital affair.

Pari finds this an opportunity to ruin Pooja’s life and career and leaks the information everywhere. Rohit’s family learns about the same from newspapers where Sonakshi has been framed as the source of the news and slams her for betraying Sippy family.

In the upcoming track, Pooja will go into shock upon seeing her name and fame going down. Depressed by the issues happening with her, Pooja will take a drastic step and cut her veins while attempting to commit suicide. Meanwhile, the Sippy family will put the entire blame on Sonakshi and she’ll eventually leave their house and separate from Rohit. Reports also suggest that Sonakshi and Rohit might head for divorce too.