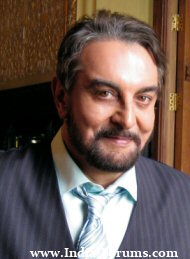 "Signed on for Prakash Jha's CHAKRAVYUH, a film on Maoist and Naxals rebellion, looking at both sides of the picture," Kabir tweeted Wednesday.

The actor began his film career in 1971 with "Hulchul" and featured in movies like "Khoon Bhari Maang", "The Hero", "Main Hoon Na" and "Kites".

He is among the few Indian actors to have made it big internationally. He featured in popular Italian TV series "Sandokan" and was also part of the 1983 James Bond movie "Octopussy".

Kangana Ranaut tried to mock Deepika, Sara and Shraddha for ...
3 minutes ago

Rhea Chakraborty did not name any Bollywood actors during ...
37 minutes ago