Remakes are flooding the market in the Kannada film industry. The success of a few films this year has egged the production of remake versions. 'Kaamannana Makkalu', directed by actor Gurudatt, is one more addition to the long winding list.

The film is adapted from Mammootty-starrer Malayalam film 'Thommanum Makkalum'. The success of an ordinary fare with heavy dose of commercial elements, unlike many quality oriented films of Mammootty, had surprised many even then.

Later, the film was remade in Tamil as 'Mazaa' with Virkam in the lead, but the film was a huge flop. Gurudatt should have weighed the pros and cons of his latest attempt.

Kaamanna and his two sons - Rama and Krishna - are professional thieves, who decide to reform and start a new lease of life.

They move from their village, but are stranded midway when their lorry breaks down. The three stay back in a village where Krishna falls for Vaibhavi, daughter of a villager with whom they are staying.

And Rama confronts the village head, whose goons are terrorising the villagers. In a twist to the whole drama, Rama accidentally ties the knot to Village head's daughter. Finally Rama and Krishna are united with their lady loves after both of them expose the villains.

'Kaamannana Makkalu' lacks freshness in thought and narration and many sequences follow a beaten track mode though it is able to raise a few laughs. Director Gurudatt has just followed the narration of the original and has not cared to make any corrections in the Kannada version.

And he has also not taken care to match the nativity peculiar to Karnataka. Therefore the film looks disjointed at places and many in the audience would not be able to connect with some sequences.

The music content is also not original, as Gurudatt has lifted tunes from the Tamil version 'Mazaa'. Vidya Sagar, who had composed the music for 'Mazaa', is the music director of 'Kaamannana Makkalu'.

Sudeep is a good performer, but in this film he has more fight sequences than opportunities to show his talent. But he impresses with his lively dialogue delivery and body language.

Rockline Venkatesh rocks in Krishna's role and it is nice to see him acting after a long gap. Doddanna proves again that he can always be relied upon for difficult roles. Sadhu Kokila is passable. O.A.K. Sundar's casting as the village head is the film's biggest faux pas.

The 'Chi Chi' song, shot in Dubai, has a catchy tune. Venkat's camera work is impressive. 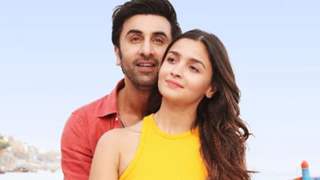 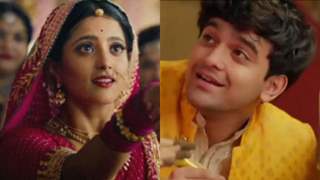