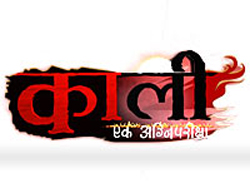 Kaali - Ek Agnipariksha was an experimental concept on Star Plus that talked about the harrowing experience of a family to get justice. As reported earlier, FOX TV which was producing the show along with Undercover Productions has already stepped out of the venture. And now, it looks as though the story is moving towards its logical conclusion..

We hear that Kaali will now end on March 18th with justice finally prevailing!!

Our source states, "The story is now moving towards its climax phase wherein Anu (Neha Sharma) will eventually defeat Thakral (Ashutosh Rana) at his own game. There will be lot many twists seen in the coming episodes, wherein Anu will be on top at one moment while Thakral will beat her in her moves the very next moment. Just before the climax, Thakral will spring out a surprise which will be overcome by Anu. Kaali which was always meant to be a finite show will end on March 18th".

The show which was supposed to be a 60 episode story has had its share of run. Having said this, Kaali did not give out great numbers as expected by the channel.

We tried contacting Ashutosh Rana, but he was unavailable for comment.

We could not get thro' to Producer Mrinal Jha too.

-GredForge- 9 years ago hey shreycool!!!
y did u dislike my comment ???
what i said was the thruth !!!
tere liye is the most fantastic,touching,awesome show ever!!!!!!!
kaali might be gud butt it can never compete with tere liye!!!!

AAKASH170 9 years ago how come this show doesnt have good trps, i mean i watched kaali regularly from the start. I feel so upset for this, now i have to wait for another serial or movie like kaali starring ashutosh rana.

frnk 9 years ago WE WANT TERE LIYE TO STAY & SP CAN REPLACE 11PM SLOT WID THEIR NEW SHOW NAVYA INSTEAD OF SHUTTING DOWN TERE LIYE FOR IT....

tanvismile 9 years ago kaali has been the best show and sp wants to end good shows and want keep to crap shit shows ,this show is one of best show along with quality ,how can they end it ?please dont end this show.

Shreyacool 9 years ago According to me Kaali is the best show I have ever seen. Though it cudnt get the fan base it deserved but Its realistic & a eyeopener. They shudnt end the show soo soon, bcoz in a country like India justice is not achievable so fast.

-MariaMars- 9 years ago Kaali was a gud show.. TL is also a gud show.. y do SP want to end its gud shows and keep some crap shows with less TRP's still on? Pls do not end Tere Liye and hurt the loyal fans..

-GredForge- 9 years ago plzzz navya replace kaali
we want tere liye!!!!!!plzzzzzzzzzzzzz
kaali is f9 but ter liye is the bestttttt!!!!!

Kangana Ranaut tried to mock Deepika, Sara and Shraddha for ...
52 minutes ago