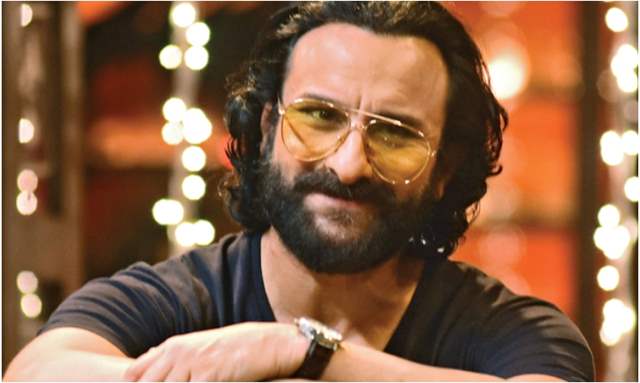 In this Internet age, where every person is obsessed with documenting their life in public, actor Saif Ali Khan likes to keep his life private and is not on any social media platforms. But well, that does not mean that he had never had a social media account! Just the fact that it did not go by his own name, but a fake account!

Yes, you heard that right. Just like his actor wife Kareena Kapoor Khan, who had a fake account on Instagram before officially joining it, Saif too had a fake social media account by the name ‘Shakun Kothari’.

Saif revealed this and more as he appeared on Neha Dhupia’s chat show No Filter Neha season 5. He shared: “When I had my fake account, I called it Shakun Kothari. Just because I’m not on social media doesn’t mean I don’t know what it is, for God’s sake. I actually was on it (Instagram) and I deleted it because I was finding it, again, I was getting irritated by toxic remarks and it’s taking too much of time and it's making me frown and I don’t want to get annoyed so literally, Ignorance is bliss. It’s like why would you want to listen to all that. My wife, on the other hand, I think she’s Miss Instagram, Mrs. Gram!”

That’s interesting! Meanwhile, a few months ago, Kareena Kapoor Khan officially made her debut on Instagram and enjoys a massive fan following on the social media platform. She often shares pictures with her husband Saif and baby Taimur, that are a riot on the photo-sharing application.

Further, Saif went on to talk about how the negativity made his exit social media and now he likes to stay away from it. “I was never really on social media. I asked my wife once, I said what’s the big thing? She said, it’s nice to know what’s going on in the world, to see what people are doing. So, I did it but then I thought there was a bit of negativity and it was just upsetting me and I thought, why do I want to read this and why is it even important. It can become important in your life, what people are saying to you. I’m thinking back to when we were kids in school, a good teacher said, you shouldn’t really think what people think too much. Don’t try to impress people all the time, don’t be too concerned. It goes against what an actor stands for so often on social media.”

Besides, during the episode, Saif also recalled when he was attacked at a nightclub in Delhi.

Saif Ali Khan Was Attacked Twice At a Nightclub, Recalls The Horrific Fight