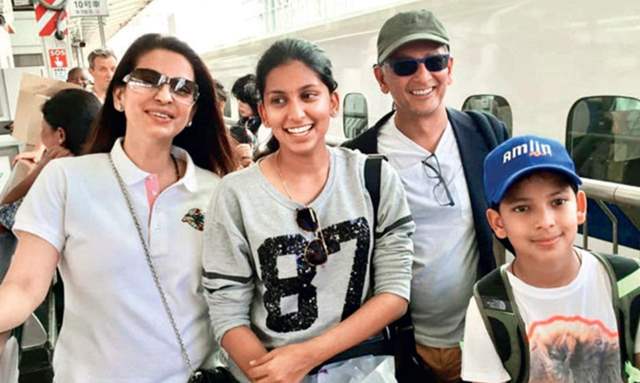 In a career span of over three decades, Juhi Chawla made her debut in Bollywood with Sultanat (1986); the actress received recognition with Qayamat Se Qayamat Tak (1988), for which she won the Filmfare Award for Lux New Face of the Year. She has always surprised her audience with diversity and she frequently worked with children in the early part of her career.

To everyone’s surprise, Juhi recently revealed that she had ‘no fondness for children’. The 53-year-old worked in films like Hum Hain Raahi Pyar Ke and One Two Ka Four and despite working closely with children Juhi said that she found children a nuisance.

During her interaction with Pinkvilla, Juhi shared that her attitude changed completely when she became a mother herself. She is mom to Jhanvi and Arjun with husband Jai Mehta.

In fact, frankly, before I had kids, despite doing films like Hum Hai Rahi Pyaar Ke, I had no fondness for children. I would find them as a nuisance. (laughs) But I started looking at children differently once I turned into a mother. It changed me.