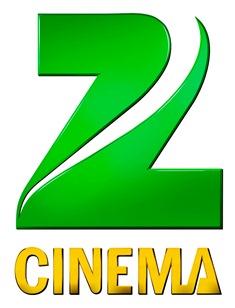 There are all kinds of genres in cinema like thrillers, action, romance, horror and more but the one that never goes out of fashion is comedy and the name that is synonymous with this genre is Johnny Lever. With the premiere of the super-hit comedy movie - Entertainment starring Akshay Kumar, Tamannah Bhatia, Johnny Lever and Krushna Abhishek airing on Zee Cinema on Sunday, 12 October at 8:00 PM, the channel gives an opportunity to all Johnny Lever fans on Twitter to interact with the evergreen comic icon of Bollywood as he engages with them on the Twitter handle of Zee Cinema on 10 October between 11 30 AM and 1 PM.

Johnny Lever is one of the most cherished comedians of Indian Cinema and while many look up to him for his famous comic timing, many others just love him for his heart-warming screen presence. The King of Comedy who has tickled the funny bone of every Indian household will now be gauging the antics of his ardent fans as they put their comic' foot forward to impress the man himself on Twitter. Zee Cinema has challenged ace entertainer Johnny Lever's fans to make him laugh with their tweets using the handle #MakeJohnnyLaugh. All Johnny Lever fans can also tune-in to interact with Johnny Lever on Twitter and showcase their comic talent to him LIVE on Twitter! All those who manage to make him laugh will receive a retweet and a favourite from the actor himself as a token of appreciation.

Ruchir Tiwari, Deputy Business Head, Hindi Movie Channels, ZEEL said, "We wanted to create a unique experience for our followers on social media and what better than getting one of the most admired comic icons of India, Johnny Lever, to engage with them on Twitter. Since Johnny has no official Twitter account, this will be a great opportunity for his fans to interact with him and in a role-reversal, they will have to entertain him this time! "