View Profile
John Abraham has reluctantly but firmly said no to Karan Johar's offer to play the male lead in the desi version of Chris Columbus's Stepmom. Its well known that Karan had given John a big break in Kaal a few years ago which did reasonablly well. Nobody can deny that the recent Dharma productions  Dostana was a turning-point for John's career. It etablished him in a new league. 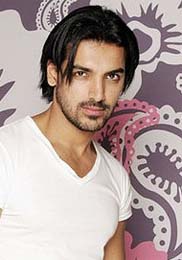 
John had almost agreed to do the role but  then opted out. The reason being he didn't foresee himself doing much in a film that already started two powerhouse actresses (Kajol and Kareena), both natural-born scene stealers.


Its been reported that Karan had almost convinced John to do the role and KJo even promised that the husband's role in the Indian Stepmom would be far more substantial than what Ed Harris had in the original. John contemplated that he is at a crucial stage in his career where he should make all the right career moves to climb up the ladder. He feels, as an outsider in the industry, he has made a place that must be respected. John is finally learning to say no to projects even if they come from big banners and if he isn't convinced that he'd get proper performing space. In Dostana, he went along with the salespitch that Abhishek was the 'actor' while John was the 'body'. But in Dostana 2, John will make sure he will be the actor and the body. He's working hard on it."


The latest on Stepmom is that it's yet to be acquired for remake by Dharma Productions.  Karan Johar says "The modalities for that are still being worked out. Until the contract is signed I wouldn't want to comment on it. Stepmom was released in the same year as my directorial debut Kuch Kuch Hota Hai and I loved it. I look forward to developing it if the modalities are worked out. You of course know Kajol and Kareena Kapoor are expected to play the two roles."


In the meanwhile, the recent KJo favourite Arjun Rampal who did a walk-on part in Kabhi Alvida Naa Kehna has agreed to step into Stepmom, if and when it gets made.