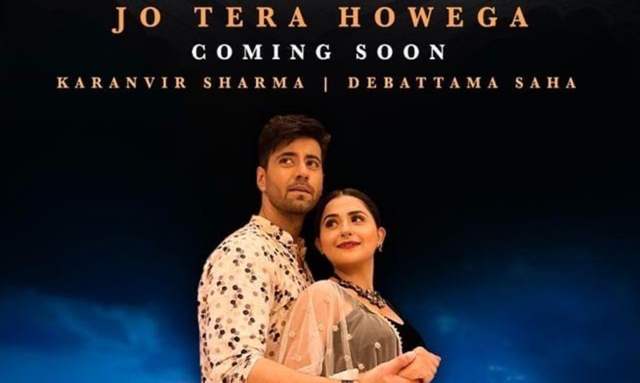 In an exclusive conversation with India Forums, Debattama Saha had revealed that she plans to shoot for a music video with Shaurya Aur Anokhi Ki Kahani co-star Karanvir Sharma. Later, Karanvir made further revelations about the music video and promised that it is going to be fun after all and that he has directed the video as well.

A while ago, Karanvir also shared some BTS photos and videos followed by some editing BTS videos as well. Fans have been waiting for the duo's music video for a while now and it looks like the time is almost here after all. They shared the official poster of the music video today, and the release date is yet to be announced. However, fans sure are mighty excited and the comments say so.

Have a look at the poster here:

Meanwhile, on the work front, Karanvir recently shot for his upcoming film with Yami Gautam, and wrapped up a few days ago. Reports earlier in the morning also had it that he is gearing up for another movie as he recently did a meeting about an upcoming film and things seem good.

As for Debattama, while talking to us earlier, she told us how she is looking to challenge herself as an actor and after SAAKK, she wishes to do something that is just as good.

ALSO READ: Debattama Saha: I am planning a cover song of Jo Tera Howega, Karanvir and I have decided to shoot it properly

+ 3
29 days ago I love them and the show but this poster is bad, it feels like a kid made it

29 days ago Now as the poster is out...waiting for the MV to release soon.

a month ago Finally, a treat in store for us...

a month ago FINALLY! ❤️