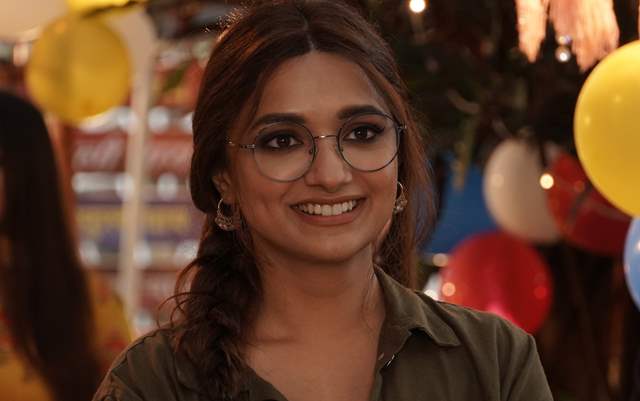 Known for her splendid roles in TV shows like Meri Hanikarak Biwi and Queens Hai Hum, actress Jiya Shankar has been roped in to play the new lead in the second season of ALTBalaji and ZEE5’s Virgin Bhasskar. Playing the role of Pakhi, Jiya will be seen romancing actor Anant Joshi aka Bhasskar Tripathi in the series. Her character is one of a cute girl who is passionate about earning loads of money which makes her a very fast learner. Her money-minded trait makes her find a jugaad to the toughest of life’s problem, much to the delight of everyone around her.

Speaking about her role, Jiya Shankar quipped, “I’m glad to play one of the leads in Virgin Bhasskar season 2. The role of Pakhi was pretty challenging for me as I’ve never played a character hailing from UP. In addition to that, my character being so layered and filled with different shades is what made me take this project up. I just hope to do complete justice to the role and I hope people give as much love to this season as they gave to the first.”

Season 1 saw Anant Joshi, as the lead character of Bhasskar Tripathi, a man who wants to lose his virginity to the love of his life. Bearing the constant taunts of being a virgin, Bhasskar channelizes his frustration and feelings through an adult novel which turns out to be a best-seller. But his ‘Bad Boy’ character doesn’t go down well with his lady love Vidhi, played by Rutpanna Aishwarya. The second season picks up right from where the highly-successful first season ended. The fun-filled moments see Bhasskar and his gang try to find the right ‘totka’ to end his virginity while trying to keep at bay the one person who could be just the right match not only for Bhasskar, but also Bad Boy! Will Bhasskar reunite with his first love Vidhi or will he fall in love with Pakhi? It sure remains to be an entertaining watch as we find ourselves waiting for the upcoming second season.

ALTBalaji reveals the release date of the final episodes of its ...

review
Review Shriya Pilgaonkar and Iqbal Khan steal the show away in the ...
20 minutes ago