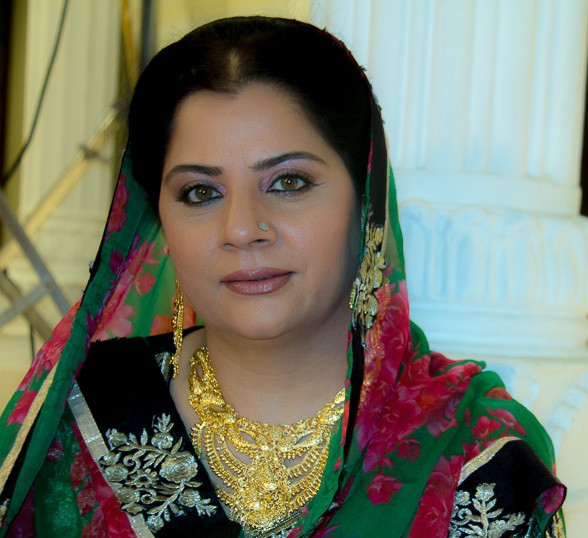 Her role as a disciplined Marwari woman named Parvati Gadodia in Colors' latest show Swaragini requires Alka Kaushal to wear heavy jewellery, but the actress says it's hard to manage the accessories for long durations.

Parvati is seen wearing maang tika, heavy earrings, bangles and neck pieces in the show, and the actress says that she hardly wears such accessories in real life.

"It's difficult to wear them for 13 to 14 hours a day while shooting. I don't even get so decked up for weddings," she told when asked how it feels to be decked up all the time in such shows.

Her character in the series, that talks about cultural conflicts between a Marwari and Bengali family, is a strong, rooted woman and has a clear differentiation of right and wrong with her own set of guidelines.

The Gadodia family is traditional and believes in customs and rituals. They are pure vegetarians and cannot stand the stench or sight of meat. Parvati hates the Bengalis next door. She is bitter and does not leave any stone unturned to look down upon them.

When asked what made her join this show, she said: "I have never done such a role before. Fortunately or unfortunately, I was only getting negative roles so far, so I think this is one opportunity where I am given a chance of not being negative."

+ 2
9 years ago Ooohhh ... Sounds Very interesting .. ! Hopin da trio n all others can make da film as flawlesly exciting as posible. Lookin forward to it!

+ 2
9 years ago it will be a great combination
love u salman !

+ 6
9 years ago This will be an interesting combination...can't wait for it!!!