View Profile
Sometimes we conceptualize something so special that consciously or subconsciously it becomes as precious as our children to us. Well, the producer of Star Plus' Baa Bahu aur Baby, J. D. Majethia doesn't try to undermine the fact that the show is just as close to his heart as his children. 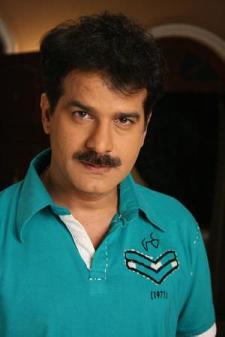 Featured Video
J.D. says, "Well when Baa Bahu aur Baby was first launched, it gave me the same feeling when my elder daughter Kesar was born. And now that the show is going to be on air again, I feel the same happiness that I felt when my younger daughter Misri was born. I am so happy!"

J.D's happiness has been notched up several times higher due to the fact that Baa Bahu aur Baby has established itself in history as the only soap to have a second season.  J. D. says, "You know I used to read in history books, the name of this legendary person J. R. D. Tata ,and I used to wish for my name to somehow get squeezed into this vast space of history. So today I'm content because even if not in a large scale, through my show I have entered the historical pages of Indian television arena."

The person who's behind Khichdi, Sarabhai vs Sarabhai, Jassuben Jayantilal ki Joint Family and Shree, is completely ecstatic about Baa Bahu aur Baby's team unity. He says, "After the strike, things were a little low. To top it, our show was on hold. All this put a heavy financial burden on me. But all the actors of BBB really supported me at that time. They were getting offers from everywhere and believe me, the temptation for them to quit the show was very high- atl east in terms of money, because I was holding their salaries for a little while too. But they all displayed a humongous amount of loyalty to the show. And I guess the sincerity of each and every actor is what brings the true family feeling to this show."

J.D. is very clear who he owes the success of the show to. He says, "It's all worked out beautifully thanks to my parents' blessings, the viewers' prayers and God's mercy."

Well, we wish many more years of prosperous airing, for the show that has been appreciated all over!!

Tune in to see Baa Bahu Aur Baby on Star Plus from 23rd August, at 8 PM every Saturday and Sunday...

pretty-angel 13 years ago heyy someone has asked abt wht JD stands for in JD majethia
.........well J.D stands for JAMUNA DAS MAJETHIA........DATS HIS REAL FULL NAME

+ 3
13 years ago yayyy! I am so happy that BBB IS BACK! feels great. Looks like the star cast really love the BBB and are very much dedicated!:D

13 years ago sarabhai's season 2 is coming by next year...check bbb forum