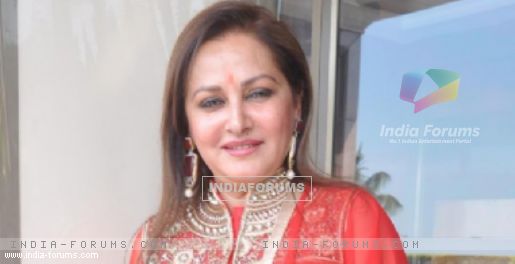 Actor-turned-politician Jaya Prada was conferred with Kalashree Award by the Dada Saheb Phalke Film Foundation here for her contribution to the field of arts and entertainment.

She was ennobled on Tuesday.

Delighted by the honour, the 53-year-old said in a statement: "I am very humbled to receive such a prestigious award and would like to thank the Foundation and my well-wishers for the same. I will continue contributing to the field of entertainment with the same enthusiasm as I have been so far," Jaya said in a statement.

The actress took the glamour industry by storm with her simple looks and versatility. She is credited for films like "Tohfa", "Aulad", "Sargam" and "Sharaabi".

She has acted in over 200 films and also ventured into regional film industry like Tamil, Malayalam, Telugu and Kannada.

Her chemistry with cinema icons like Kamal Haasan, Rajnikanth, Amitabh Bachchan and Jeetendra is still lauded in all quarters.

Now, Jaya is gearing up to make a comeback in Bollywood with Sanjay Sharma's untitled directorial. In the horror film, she will be seen playing the role of a modern day queen.