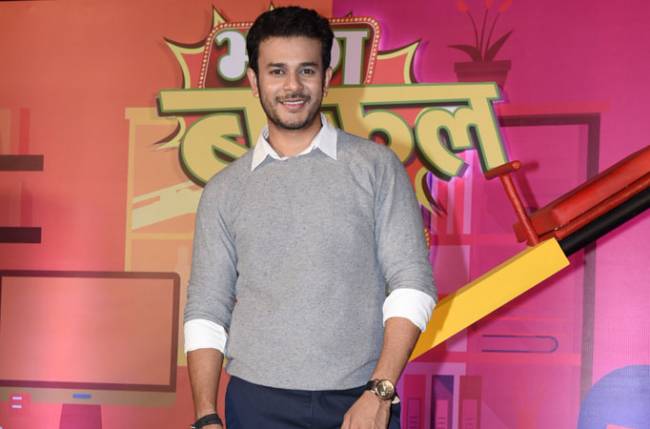 Actor Jay Soni will soon be seen disguising himself as a woman in the TV show, Bhaag Bakool Bhaag. Jay says his look is inspired by Govinda's character in the hit 1998 film Aunty No. 1, and that he is a huge fan of the Bollywood actor.

"I am a huge Govinda fan and my look for this particular sequence is inspired from his movie 'Aunty No.1'. I have always admired Govinda's comic timing and it's exciting for me to get an opportunity to step into a character similar to what he has pulled off with much elan," Jay said in a statement.

"It's a huge experiment for me to play a woman. I've gone clean shaven to look like a woman while make-up adds the finer nuances. I hope that the viewers will enjoy watching this side of Bakool too," he added.

chocolate_boy 3 years ago Love this show such a relief in television.

Alpha_Ka_Gamma 3 years ago Love this show
Hilarious and far better than Tarak Mehta..!!

Navina Bole all set to make her comeback post Pregnancy in ...
36 minutes ago

Jiya Shankar roped in to play the new lead in the second ...
48 minutes ago