Jay Bhanushali, who captured the hearts of millions, specially the female audience with his cute smile as the ever charming Neev Shergill of Kayamath is seemingly putting an end to his character. 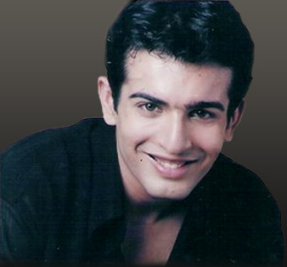 Featured Video
Speaking to the Telly Buzz team about his decision, Jay says, “Yes I am definitely quitting Kayamath. I have not decided when I will be leaving the show, but I have already spoken to the creative team of the soap to script an appropriate exit for me from the show.” So what went wrong that made Jay take such a drastic step? “There was nothing much left in the role. The first 6-7 months in Kayamath were very good for me, as the real power of Neev came out at that time. But as the track progressed, there was not much left for me to do. And I do not want to do a role that I am not happy at doing”, replied Jay.

So how did his mentor, Ekta Kapoor, react to his decision of quitting? “She is not angry at all”, says Jay. He adds, “In fact she understands my problem and my decision has been taken only after a mutual agreement. And it’s not like I am leaving Balaji. But if Balaji doesn’t have anything good to offer me, then it’s an entirely different ball game. I will definitely try and look out for better prospects.” Any future projects in hand? “No”, laughs Jay, “actually I am jobless the minute my track ends in Kayamath. But I am glad for the interlude as I wanted to take a break. I plan to just chill out with my friends and family and do all the things I couldn’t, for the last one year.”

But Jay Bhanushali fans needn’t be disheartened as the heartthrob of millions signs out saying, “I will surely be back with a bang. I might take a break anywhere from 20 days to two months, but I promise I will be back soon.”

14 years ago one show just one ekta kapoor show i liked and its ruined i loved neev and prachi i hate milind and ayesha the day entered kayamath how could they do this to poor jay i love him since the days he entered that disney channel show........
the show is actually devastated hate the fact that some people actually like milind and prachi together
for gods sake do NOT play the title song for milind and prachi cause they do NOT have a sadiyon purani chahat neev and prachi doooooooooo

neev ka pyar 14 years ago jai im cryin, i cant believe ur leaving kayamath, plz dont, itz all b-cuz of shabbir aluwalia aka millind, i wanna kill him, he took panchi aka prachi away from you, and you nd prachi wer da cutest couple, and milind all he does is misuderstand , shout and tries to get close to her, and she just smiles and lets him, jai plzz dont go, i am seriously crying, plz, i beg u, the only reason i watch kayamath is because of you, i get so angry when they give yours and prachis music to milind he doesnt suit with this, i think prachi should leave him and come to you, either that or you come to london, and stay with me, plzz
i know thats a bit far off atleast email me on msn or yahoo
msn= [email protected]
yahoo:[email protected]

14 years ago heartthorb of millions?? myt be stretching it lolsssssss neways i dun blame him for quitting his role/character has been given less importance ever since prachi n milind got 2geva so its b8r he leaves n finds summat bigger n b8r rather than being side lined

+ 3
14 years ago am really gonna miss him terribly yaar!!!after all i loved the pn jodi
thanks for the sad news

14 years ago Frankly, Jay was no where in Kayamath for the past 4-5 months, so in a way this move was overdue.