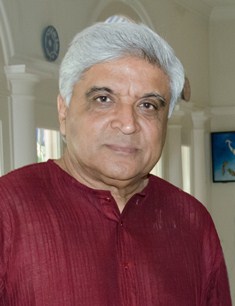 Veteran writer-lyricist Javed Akhtar finds it a 'shame' that certain people have abused actor-filmmaker and Satyamev Jayate 2 host Aamir Khan and doubted his intentions of amassing donations via the social issue-based TV show.

"Shame! Instead of appreciating Aamir, the great grandson (great grand nephew) of Maulana Azad for highlighting the real issues, some sick people are abusing him," Akhtar posted on his Twitter page on Monday.

Aamir made his TV debut with Satyamev Jayate (SMJ) in May 2012 and the show, dealing with sensitive social issues like female foeticide, domestic violence and child abuse, received a warm welcome from TV viewers after it went on air on Star Plus.

Some of the episodes dealing with female foeticide and malpractices in the medical field recorded the highest ratings.

The show's second season went on air on STAR India channels March 2. Its first episode dealt with the issue of rape, and the second episode, beamed Sunday, talked about police force.

A defamatory campaign against Aamir began on a social networking site( ?stream_ref=10), alleging that when at the end of the show, Aamir asks for donations for Humanity Trust, the money is used for masjid construction assistance and placement assistance for Muslim youth.

In reaction to it, Aamir registered a complaint with the Mumbai police and clarified that the "malicious messages are wrong and baseless".

7 years ago Not a Aamir Khan fan at all but I must say SJ is a brilliant Show. As some great man said " Yeah mat dekho k kon keh raha hai, balke yeah dekho k kya keh raha hai". And some people should learn difference in terms "Public Figure" and "Public Property". Someone's personal life is not anybody's territory.

7 years ago @madam pritomadas I m very much fine mentally nd physically. One more thing I don't need to google anything stupid stuff like you.as I said earlier you need help to grow up.one more thing why you even pm me? If you think you are correct then why not ans here?i m sure you send pm to everyone,looser. If you google about any celebrity you will always found lot of rumours,do I still have to explain that to you. Anyway it doesn't matter how much you google or you found lot of stuff about amir khan he will still remain great, and nothing can't change it.

+ 3
7 years ago Ppl should be thankfull to Aamir Khan, he is a great man, he is treating such a sensible topics!!
Shame on ppl!!

+ 2
7 years ago I can't believe people can stoop so low. India is in this condition coz such people exist here who don't do anything good but will try to demean everyone who will try to do something good. OMG can't believe here are some specimen too who wanna demean Aamir saying he is divorced n kissed his leading ladies in films . Lol .. are we in middle age duh?? anyway NO matter how many times Aamir get married the truth will be unchanged that HE is the man who dared to make a film like TZP, who produce films like Lagaan, who alone change the typical norms of Bollywood films for good and who made, planned, produced and host a show like SMJ .. only show which is being capable to bring great changes .. thus he will remain GREAT .. no matter how some narrow minded freak speak against him

7 years ago @VidyaManorama Kindly recheck your comment, if you can see some obvious irrelevant stuff. Must be a mistake. Please dont mind.

7 years ago Drashti Dhami,you are the best ,let anybody comes no one can beat you ..
Love you a lot...tc,
Amir Khan love you...

+ 5
7 years ago @Pratima Das .. when u wrote it here then y pming me .. NO jurno never get this news how did you get it?? In fact I have a degree on Mass Comm n Journalism n met many renowned film jurno .. heard many "TRUTH" of many stars .. well ur fav star also may not be as clear as u think but I don't give a damn as personal matters doesn't really matter. If it did then Charlie Chaplin to Amarta Sen is "Bad Person" coz they all divorced and married for multiple time!! But I really wanna hear what is ur source of THIS news. coz I know the reason of their divorce what was most talked about but Aamir never make it clear. AND those men who never have divorce n have a pristine clear personal live is the tag of "good men" then India is full of good men right?? tab to SMJ jaisi show ki zarurat hi nahi h .. isn't it??
PS: Divorcing a man or woman has nothing to do with respect .. it happens just because of a failed relationship. DOn't know how old u are .. but one advice GROW UP

7 years ago @pritomadas asshole (sorry but u don't deserve any respect even if my comment get delete ) like you need to just sit down home and watch some asshole movie or stupid thing. Ithink looser like you don't have any life,neither u ever did any good thing in your life.when some mentally ill like you don't know how to appropriate other hardworking then why not abuse them, right?so I think...you dont find anything to abuse so bring his personal matter when topics was about SJ2.just go and get a life otherwise shut your mouth off.

+ 5
7 years ago Such people are gross!!!
Keep up the great work Aamir Khan.. we know what you have done and such hypocrite people can't appreciate it in anyway .. the r saying all these to save their backs .. Satyamev Jayate!