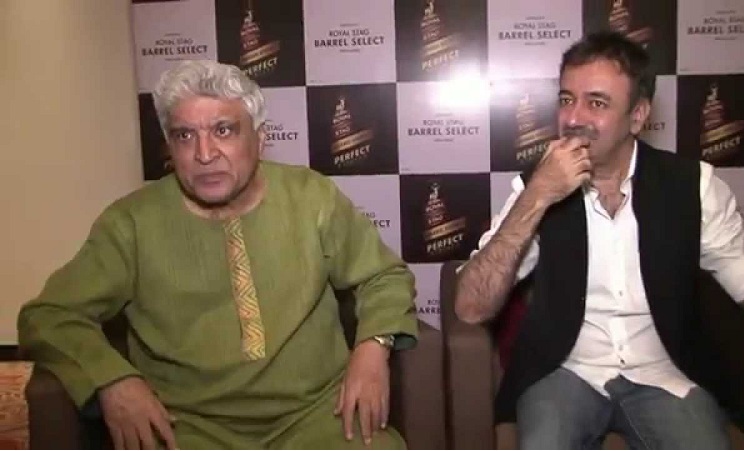 Veteran writer-lyricist Javed Akhtar says the reason why Rajkumar Hirani is able to make cinema that touches the heart is that he is a good human being.

Hirani is currently reveling in the success of his latest movie "Sanju", which zoomed past the Rs 120 crore figure in its opening weekend.

Praising the director, Akhtar said: "I am a huge admirer of Rajkumar Hirani. He does really good work and now again, he has done an amazing job. I always say one thing about him that to make such kind of films you not only have to be a really good director or writer, but you have to be really good human being.

Akhtar interacted with the media when he unveiled the Chitragupta Chowk at the corner of the 14th road and Danda Road (Khar) along with other celebrities like Udit Narayan, Alka Yagnik, Lalit Pandit and Mukesh Rishi here on Monday.

The unveiling was in the honor of the late Chitragupta Shrivastava, whose music career spun over four decades -- from 1946 to 1988. He composed for over 140 films.

Remembering him, Akhtar said: "I think it's a minimum effort that a 'chowk' has been renamed with his name. It's a really good thing... The kind of music composers, lyricist and singers that we have seen over the years, they have enriched our contemporary culture.

"Music produced by Chitragupta Shrivastava is our cultural heritage. We haven't done any favor on him by renaming this 'chowk' by his name and through this, we have tried to showcase that we respect his contribution to Indian film music."

Akhtar feels academies and institutions should be named after such great personalities.

"Their work should reach to new young generation and people who are willing to enter in the music industry to see that how work used to happen in that period, so they can find their roots with that... Something which I see very less in these days," he added.