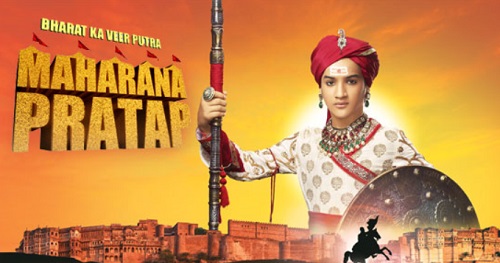 Contiloe's popular historical show Bharat Ka Veer Putra Maharana Pratap on Sony TV is clinching its position in the TRP chart with each passing day. With the recent track of Ajabde (Roshni Walia) and Pratap's wedding the viewers were glued to their TV screens to watch the show.

As seen in the ongoing track, VB is angry and upset with Javantabai (Rajshri Thakur Vaidya) because JB broke her trust. JB was supposed to bring Udai Singh (Shakti Aanand) and VB close to each other but instead Udai and Javantabai got intimate with each other. Thus Javantabai is very guilty about whatever happens and wants to compensate her mistake.

Let's find out what step is Javantabai going to take in the further episode.

As per our source, "Javantabai will leave the palace and go away from Udai Singh's life as she will feel that this is the only way to bring Udai Singh and VB closer. She will leave the palace, jewelry, clothes and will don herself in a simple look. She will go to Vrindavan to take shelter forever. When Pratap (Faisal l Khan) will come to know about Javantabai's this step, he will rush to the temple to convince her and bring her back to the palace."

How will VB react? Will Javantabai stay away from Udai Singh?

nyways Roshni and Faisal have already made us fall in love with Praja ...n watever teh CVs do we will always love Praja ...

+ 4
6 years ago Shocking butchery of history by makers of Bharat Ka Veer Putra Maharana Pratap! None of this happened at all! Why use such outlandish twist and insult a great ruler's family?
Farewell Roshni and Faisal. Farewell to the promises made when this show started.
Get yourself a disclaimer saying your show has nothing to do with history!
I think Rajput community and descendants of Sisodia clan must protest against such blatant misrepresentation of history! Flop show!

rj_thakur 6 years ago This is not done... I think cv's favourite playing thing is history...and they don't even get tired...

6 years ago MP CVS can't bear your crap now
I want ur show to go off air soon .

Gourav.Star.5 6 years ago Nice but it's looking more fictional less reality I mean it's not real life story of Pratap Jee, 50-50 fictional+reality