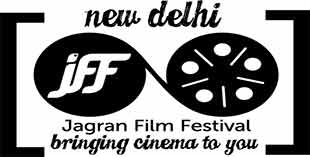 The fifth edition of Jagran Film Festival will open July 5 here and will travel to 14 Indian cities including Mumbai, Kanpur, Lucknow, Agra, Meerut and Varanasi.

The fest presents a wide range of cinemas of the world. It will showcase its movie collection here till July 9. In Mumbai, the fest will be held between Sep 23 and Sep 28.

The dates for other cities are yet to be confirmed.

"The 5th edition of the Jagran film Festival this year presents a special section 'Cinema of the Uprising' with a clutch of seven very special films.

"Freedom of human spirit has been a subject close to 'The Jagran Philosophy' always and when we were deciding on the Festival content, we chose this subject and the films made around this theme," Basant Rathore, vice president, Jagran Group, said in a statement.

The Indian Showcase and the International Competition sections will have 20 feature films each. The short film section called Jagran Shorts will present a collection of 20 international short films here and in Mumbai.