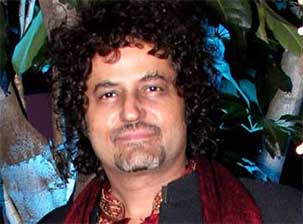 Filmmaker Kaizad Gustad, credited for movies like "Bombay Boys" and "Boom", says his forthcoming project "Jackpot" is his effort to get a taste of the commercial zone of cinemae.

"If I may say so, then yes, 'Jackpot' is a conscious effort to make a commercial film and to get into that zone. I have not made a film like this before. It is different from my previous films," Gustad told IANS.

It is after a decade that the filmmaker is back in business. He says he was busy with his family all this while.

"I was busy with my personal life, my family, and I was also writing scripts. I think this is the right time for me (to be back)," he said.

Gustad is "grateful" to Naseeruddin for agreeing to be a part of the project, and he is happy that "Sachiin and Sunny have done a wonderful job in the film".

Salman Khan's Official Statement about his Connection with ...
9 minutes ago

Naagin 5: Veer to return to destroy Bani and Jay?
49 minutes ago