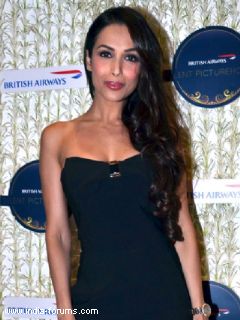 Actress Malaika Arora Khan, who is busy judging "India's Got Talent", says on the big screen she will next be seen in Farah Khan's "Happy New Year". However, it will merely be a cameo.

"It's literally just a cameo and nothing more to it. I have always been part of Sajid (Khan) and Farah's film purely because they are friends. I have always enjoyed it. But I would like to clarify it's only a cameo in Happy New Year."

Malaika, who is also a movie producer, says it takes a lot of "hard work" to carry out that role well.

"Every time I go for a production meeting, it's a new ballgame for me. I sit with a pen and paper and make notes. The first year, all I did was signed cheques. Now I have got a better designation than just signing cheques," she added.

Malaika is credited as a producer of films like "Dabangg" and "Dabanng 2".