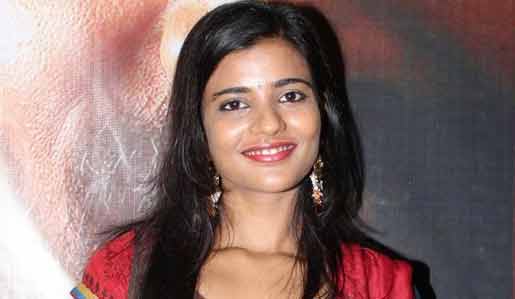 Actress Aishwarya Rajesh wishes to be known as a "performer" and hence she prefers roles which are performance-oriented. Playing glamorous roles is something any actor can do, she believes.

"I feel there are a very few actresses who can perform really well. I want to be one among them. I want to be known as a performer. Anybody can do glamorous roles. With the latest technology, any girl can be shown beautifully on screen," Aishwarya told IANS.

"Any actor can be glamorous but not everybody can be a performer. That's why I'm focusing more on the performance side. I feel that's what even people want from me," she said.

Aishwarya feels her dream to be known as a performer will be fulfilled when her Tamil film "Kaaka Muttai" hits the screens.

"Kaaka Muttai", about two brothers in a slum, recently had its world premiere at Toronto International Film Festival and it received critical acclaim.

"I really can't talk about my character, but my director informed me that the film was received very well. People in Toronto asked about me and wanted to know if I had done any international projects before. I've got such good recognition," she said.

"Had it been a commercial film, it might not have been picked for an international screening in the first place. I feel that not all films give you such wide recognition," she added.

"I've only played rural characters so far in my career. In my next film 'Thirudan Police', I've played a glamorous urban role. I did it because I wanted to show audiences that I can take up such characters too," she said.

"In my other film 'Idam Porul Eval', I play a Madurai girl. It's a role not many heroines would've played in their career. I always give weightage to performance more than the length of my character. That has always been my criteria for signing a film," said Aishwarya.

She's also popular for her work in films such as "Rummy" and "Pannaiyarum Padminiyum".