Rajshri Thakur aka Saloni of Saath Phere is quite proud to be the lead actress of that show which brought Zee TV back in recokning. "Its not my effort alone, everybody from the channel, production house and my co stars are equally responsible for our success", she added. 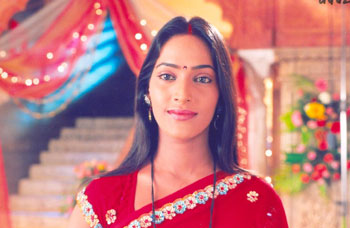 Featured Video
Don't you think that you need to go beyond Saloni and try other stuff on the idiot box as well. " I don't mind, but nothing really interesting has come along. There is a dance show on 9x though, but I can't talk about it right now.That musical extravaganza called Dhamaal Express also has a number of other tv stars as well", was all what she was ready to disclose ,about the above new show.

Rajshri was quite confident that Saath Phere will not have any generation leaps for now , "But you never know what happens tomorrow. May be some time down the road, I might be ready to play a mother or grandmother", she quipped. So will you grey your hair, or look a sexy mother or grand mother? " I will cross that bridge, when we get there", grinned she.

What about genres apart from positive? "I don't mind essaying negative roles , but there has to be a logic behind my character's evil actions. Just plain negative is not my cup of tea." Besides tv, this dusky babe has filmy aspirations as well. "I want to explore alternate cinema", she ended. 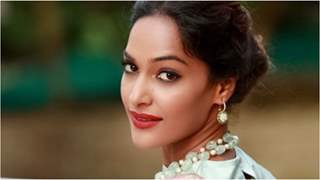 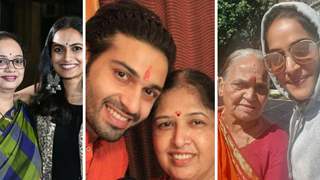 14 years ago Thanks. Wow Saloni is going to dance. THat's great, she acts very weel, and she'll probably be the same in dancing.

+ 2
14 years ago hehehe...this made me grin...she was called babe and sexy so much in this..hahaha. she's an excellent dancer, apart from her amazing acting...and i'll jsut be all the more thrilled to ee her in any dance show. LOL...as for the gen. leaps... i hopeeee SP doesnt start that trend now, they're doing great being original.

Thanks for the article, it was a good read :)

14 years ago thanks she is one of the very talented actresses on telivision......