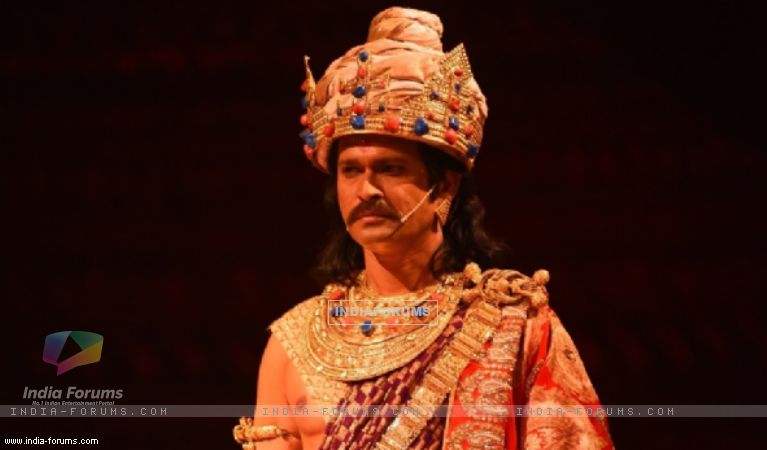 He is known for portraying majestic and royal king in Buddha, Sameer Dharmadhikari yet again will be seen essaying the role of Bindusara in Chakravartin Ashoka Samrat on Colors. It looks like, Sameer knows the technique well to portray such characters as well as he has earlier given impeccable performances in a historical Ek Veer Stree ki Kahaani Jhansi Ki Rani.

In conversation with us, Sameer speaks about his character and more...

Tell us about your character in the show?

I am playing the character of Bindusara who is the father of Ashoka, Chandragupt Maurya's son the second king of Magadh. Bindusara had lots of responsibilities but had no real support, he tries to develop and extend his land and kingdom. But he is defeated every time in the battle. Though he has been married twice but still he has not experienced the actual love from either of his wives as those were just political marriages. He has association; relation and everything with them accept love. But he gets love from Dharma (Pallavi Subhash) for the first time and they get into a relationship and further you will see in the show.

What difficulties you faced while shooting for a historical show?

We face lots of difficulties while shooting for a historical show but once we are in our get up and in between the set up, we forget about all the difficulties. It's a different kick by itself and bearing the weight of the costumes, difficulty doesn't matter.

Before doing the show, have you read about Bindusara?

I didn't read about Bindusara in the history to be very honest. I just knew a few things about Chakravartin Ashoka who later followed Buddhism because he saw the lots of bloodshed in the war. It's my creative team who taught me and made me understand that who Bindusara is.

What next after Ashoka?

Of course, yes, I would like to play some other kind of character after this show because I have played a king's role in Buddha before that in Jhansi Ki Rani and now again I am essaying the role of a king.

But there are things you can plan but cannot decide you can just think about it. Sometimes what happens is that when you talk about a character you feel like not doing it because it sounds not very interesting. But when you actually read about that character, you feel that it's very interesting and you take it up immediately.

So even the roles of Gangadarrao and Suddhodana were very interesting and even the Bindusara's role is quite fascinating.

TellyBuzz wishes Sameer Dharmadhikari all the best for the show.

bathi.pk 6 years ago all the best sameer dharmadhikari and rest

6 years ago i watching the show only for sameer dharmadhikari

6 years ago seems something not right with Ashoka show...anyway all the best sameer D

6 years ago best of luck sameer dharmadhikari...we are missed u 6 years ago sameer dharmadhikari simplicity and style together.