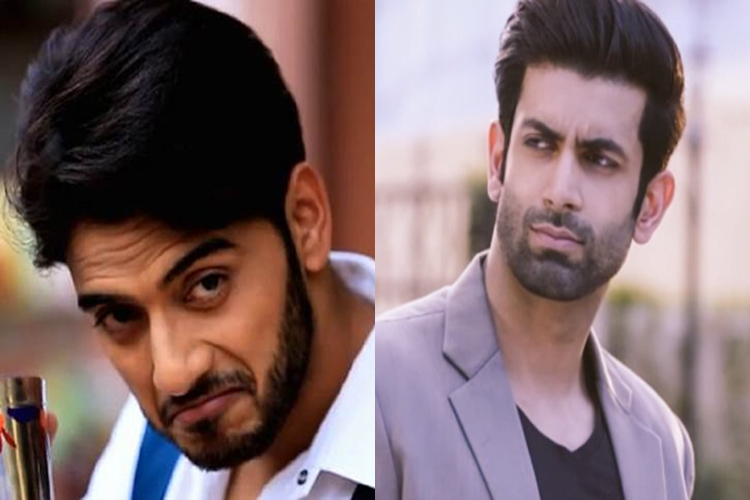 It's been a while since actor Namik Paul has been seen on television.
Last seen in Sony TV's Ek Duje Ke Vaaste, the fans were waiting for the actor's much awaited return with the Sanaya Irani starrer, Kavya Ki Prathna.
The project has been delayed and a few days ago, we reported about how Sanaya officially declared that she will not be a part of the show.
However, happy times for the fans of Namik are back once again as the actor will be seen in a new project for Sony TV.
Prateek Sharma, who has been involved creatively with several Star Plus and Sony TV projects has now decided to turn into a producer and will be helming a new show for the channel.
Breaking the bar of thriller and mystery with Beyhadh, Prateek is ready to present a romantic thriller for the channel which is tentatively titled, Ek Deewana Tha.
And want some more good news?
It's not just Namik who has been roped in for the show, but actor, Vikram Singh Chauhan has also been brought on board.
Vikram just got done with Jaana Na Dil Se Door and it seems that the actor is in no mood to take any break as he is all set and rolling with this project.
We contacted Vikram, who confirmed, "Yes, I am doing the show."
We also contacted Namik, who said, "Yes, I am doing the project."
The fans can rejoice now!
28 Likes

arezoo.sabti 1 years ago Sanaya Irani
Waiting your come back to tv ,
All the best.

bahi. 3 years ago I love both of them - excited for this show. Can't wait to begin

HappyLibran1910 3 years ago Namik Paul in Ek Deewana Tha, so excited for his new character.

NamikKiDeewaani 3 years ago All the best Nam! Excited for your new show!
God bless you!

labi 3 years ago Sanaya Irani.Wish you all the best for NB dear.Really wish to see you win the trophy.

phoenix_edkv 3 years ago Namik Paul in Ek Deewana Tha, so excited for his new character. All the best Namik and Vikram

kairavi. 3 years ago Hope to see Sanaya back in a rocking show soon. My dream was Sanaya and Vikram sharing screen space.
Looking forward to seeing Vikram and Naimik.

Alikhan2158 3 years ago The show, its title, casting and concept looks absolutely fabulous and wonderful. Hope it does well. Love Namik Paul soo much. Really excited for his comeback on the same channel. Vikram is very lucky to bag another show so soon after JNDSD. Loved him as Atharva

PrincessAshVik 3 years ago Looking forward to this! All the best Namik Paul!!!