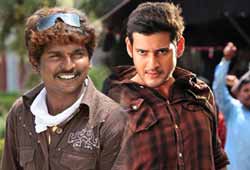 Southern choreographer Prem Rakshit, recently lauded by Mahesh Babu, considers working with the actor an honour because it is a rare opportunity.

"I was initially brought on to work on only two songs in the film. However, Mahesh sir was so much impressed with my work that he wanted me to choreograph all the five songs," he added.

Over the years, Prem has choreographed for Telugu films such as "Yama Donga", "Rachcha" and "Kandireega".

Asked about the experience of working with Mahesh Babu, he said: "This is my second film with Mahesh sir. He is a very fast learner and always strives to give more. He's definitely every choreographer's delight".

Ram Achanta, Gopichand Achanta and Anil Sunkara have co-produced the film under the banner 14 Reels Entertainment.