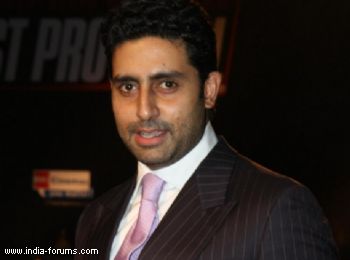 Abhishek Bachchan, whose last flick "Players" failed to set the box-office afire, has teamed up with Aamir Khan in "Dhoom 3" and says it's an honour to work with the talented actor.

"Very excited about starting 'Dhoom' again and working with Aamir. Aamir has become a standard for us today. He is a senior. He is somebody whose work I have admired since the start of my career, even when I was in school," the 36-year-old said here while launching the new Omega watch.

"(I have) Grown up watching his films, it's a matter of great honour for me to be able to share screen space with him, very excited," he added.

Besides "Dhoom 3", Abhishek is also working on "Bol Bachchan" and "Chakravyuha".