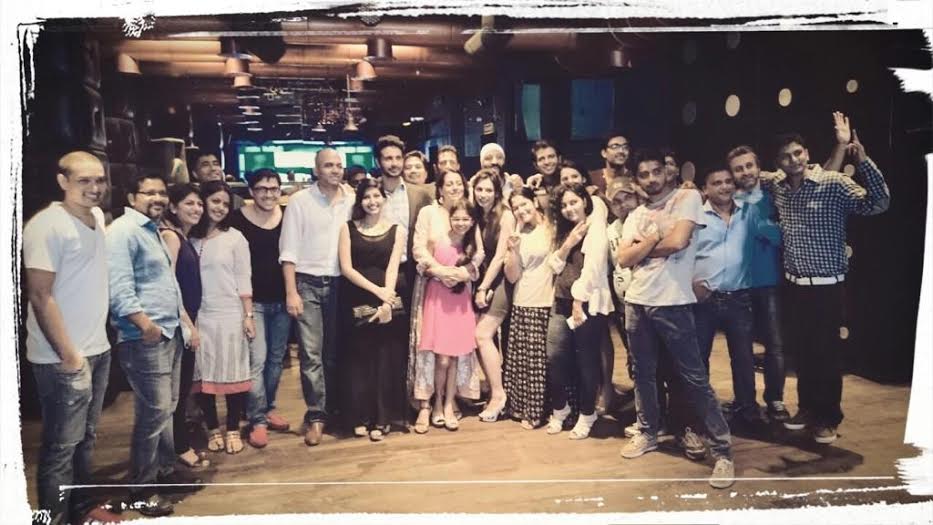 BBC Worldwide's popular show Ek Boond Ishq on Life OK has always attracted the audiences attention, the show has grabbed the eyeballs not only through its storyline but also the actors  have justified their characters very well.

Earlier we have reported that the show is soon going off air and today it's the last day of shoot for Ek Boond Ishq. As the show is coming to an end the entire cast will celebrate their last day on the sets.

Our source says, "The show will end with a good note. Mannat (Priya Bhatija) and Omkar (Ankur Nayyar) will accept the truth that they have killed Sia (Chhavi Pandey) and so they will get arrested. Sia's mother in law comes to know the truth about Tara so she will let them go. The high point of this plot will be Tara, MJ and Kalavati will come face to face and the cops will come to know that Kalavati (Viswajeet Pradhan) is alive so they will come to arrest Kalavati."

We wish the entire cast of Ek Boond Ishq all the best!

Vartika07 5 years ago This pair of MriAra aka ViCha rocks..love them..

Fralex28 6 years ago Best show and best actors. I wish they could come back soon. And I also wished that show would end in a better note.

-Humera- 6 years ago Farewell Ek Boond Ishq, it was one of the best shows I had seen! Will miss seeing Viraf Phiroz Patel, Chhavi Pandey and Vishwajeet Pradhan onscreen :)

Sangeeta6690 6 years ago ek boond ishq pe hoon zinda ...been memorable forever... though its going to an end it has it's own foot prints in our heart.. wishing ebi cast n crew all the best.. love you chhavi pandey.. love u viraf phiroz patel..

mastaTmohi 6 years ago Ek boond ishq is only leaving our screens! The entire cast viraf phiroz patel, Chhavi pandey, vishwajeet pradhan sir aarna sharma ankur nayaar hunar hale, Priya bhatija, gauri tonk, rakesh kurket, dishank arora,Nidhi uttam and everyone else most importantly the brains behind EBI saba ma'am have made a special place in our hearts and will always be cherished!!

Will misss EBI so very much.

BloomBelievix 6 years ago best show ending its very unjust of lifeok.
we hope to get a season two and trying our best.
we don't want Ekboondishq to end

M_Nira 6 years ago Thank you I-F for the article...
Great that Ek Boond Ishq will end on a good note...
I'll really miss the show ...the magical chemistry between Viraf Phiroz Patel & Chhavi Pandey as MJ-Tara..
It'll forever remain the best appearance on Indian TV.