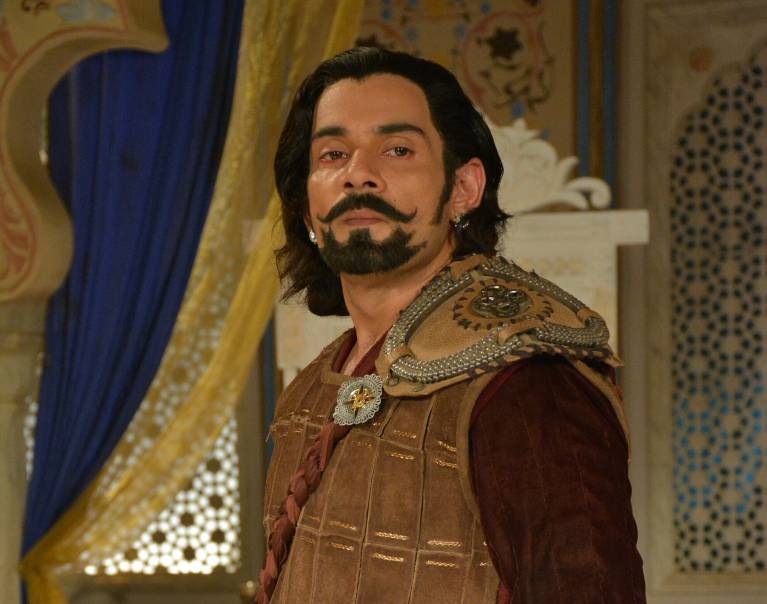 Actor Chandan Anand, who plays the role of Krur Singh in Nikhil Sinha's Chandrakanta, has a double role in the show.
Talking about the alternate character he plays, Chandan avers, "The name of my other character is Jwala, who emerges from fire and is Krur Singh's brother. Jwala has super powers of the fire and he can disappear and get into anyone's body. Krur Singh gets his brother on board to create problems in everyone's life because he wants Chandrakanta."
The actor says that he is very lucky to have bagged a double role in television.
"Not many actors get a chance to play a double role. Television, very rarely, has a story with double roles. I am glad that I got such an opportunity and I am thankful to my producer, Nikhil Sinha and my director for adding me in a storyline where I get to showcase my acting skills. People are appreciating my character of Jwala more than Krur Singh. I am getting good on-screen space too.
My father is happy seeing me. He phoned to tell me how happy he was and appreciated my character," he adds.
Meanwhile, the actor talks about how it is time-consuming to get dressed for his character in Chandrakanta.
Chandan quips, "It takes almost an hour to get ready with makeup, lenses, hair and costumes. I love playing such characters as it challenges me as an actor. I consider myself so lucky to have got this opportunity. It means so much."
Talking about his future plans, he says, "I want to act the best of such characters. I want to be a good performer, that's it. Everything else like stardom and popularity are the perks of being a good performer but it is secondary."
Well said Chandan!
5 Likes

Chandan Roy Sanyal Opens Up On How 'Kaminey' Was The Turnaround Of His ...

Neenzm 3 years ago Loving prem ya paheli chandrakanta n all its actors. Everyone is doing good job.
Pyp Chandrakanta rocks

sawaira 3 years ago He's working good.
Thanks IF for the Buzz.

naturesk 3 years ago Awesomeee loving you as Krur/Jwala. You are a fantastic actor. Keep up and good luck. You have set standards for this character & you are fab.

sawaira 3 years ago Prem Ya Paheli Chandrakanta rocks,
Love All

Sanjay Dutt's Close Friend Reveals his Condition and How He ...
13 minutes ago

Virat Kohli and Anushka Sharma 'Take a Break' with Instagram ...
14 minutes ago