Irfan got eliminated after reaching top five in Star Voice of India and the very next day, he found himself getting an offer as a playback singer from Mukesh Bhatt for a track in his next upcoming film Jannat. Irfan has already recorded the song, and is very excited about it. “I could not even dream that I’ll get such an offer. Now I have recorded the song and hope that my well wishers would love it. Personally I really liked the song a lot.” 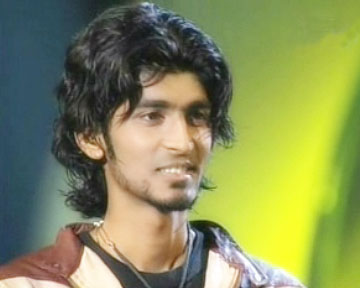 Irfan Ali, an engineering graduate from Hyderabad was into singing from his childhood. Today whatever he has achieved in singing, he gives credit to his school music teacher Mr Ramachari, who according to him first identified the talent in him, and later even nurtured him. Irfan was a part of SaReGaMaPa Challenge 2005 too. He did not fare well then and got eliminated early. “I was not into the contest whole heartedly then. I knew I have to complete my engineering degree, so it was more like a half hearted attempt,” is what Irfan had to say. After completing his studies, he made sure to go to Mumbai and try out his luck in singing, his first passion. “I had to struggle, but I did not mind. I always followed a motto in life – Never say die! After completion of the degree, I came to Mumbai and took up a job. For six months, I used to work and during weekends try and meet people from the music industry to see if I can get a break. Then VOI auditions happened and I found myself there.” 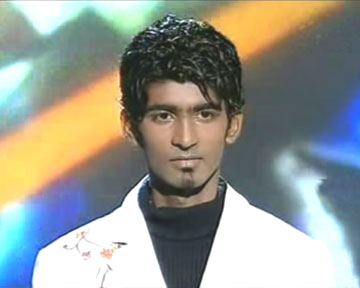 Irfan was at Columbo just couple of days back to do a live show with another fellow contestant Priyani. He came back overwhelmed with the love and appreciation he received there. “I never expected such a welcome. VOI made us known faces among the masses.” He is thankful to all his fans who supported him and voted for him to make him reach top five, even though he does not like calling them fans. “It is they who made me what I am today. I would not call them fans because, then it sounds as if I have become a really big star which I don’t think I am yet. I would rather address them as well wishers. It is their love for me that made them support me and helped me also to perform well week after week.” He thanks VOI also for shaping his future. “As you know, I was a struggler before VOI happened. It won’t be wrong to say that it is because of VOI that today, I got such a big offer. I am getting more such offers for albums too but just now, I have a contract with the VOI Production house. So after talking out with them maybe I’ll be able to give you all more such good news.”

Visesh Films gave “Bheege Hoth Tere” to Kunal Ganjawala and made him famous and now who knows, we can see the same happening with Irfan too. We hope and wish that the struggling period of this humble honest boy from Hyderabad has ended, and he finally finds his foothold in the music industry.

amvrao 11 years ago Hi,
I heard a song written and composed by ramachari on maa.. I love the song.. where can I get the song...?

***gurl*** 12 years ago irfan is tha real star voice of india and he s gonna rock up.thatz my wordz cuz he s real cool handsome,gud personalitynd much more.but whtever he s he is the best
I LOVE U IRFAN

advil 13 years ago chalo a cool musical enginner we have here...and pretty down to earth too.Hope he hits the right chords of success and soon... best of luck to him..

Rah_HuJu 13 years ago oooooh thank u sooooooooo much for the interview!!!he's my absolute fav & I pray he makes it big in the industry!

yipee 13 years ago i am soooooooooooooooo happy for him..he has the perfect attitude in every sense to become a star

Swathi21 13 years ago Your modesty will take you to heights Irfan. You truly deserve it. God Bless You.

amritha19 13 years ago aww ur sucha sweetheart irfan...i'm very happy for ya! all da best!