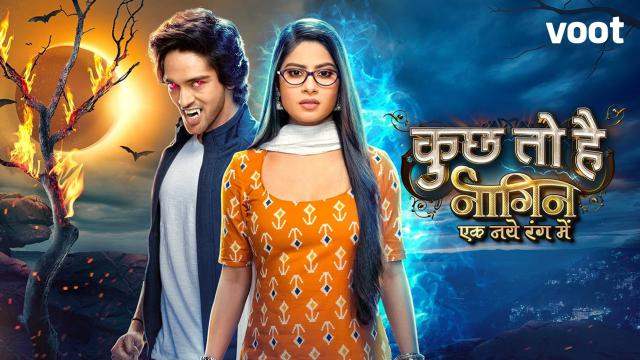 Reports have it that the Naagin 5 spin-off Kuch Toh Hai: Naagin Ek Naye Rang Mein will be going off-air due to the low TRPs. As per the reports in ETimes TV, the show, which went on air on Feb 7, will be going off-air on March 21. The show features Krishna Mukherjee and Harsh Rajput in the lead roles and due to the low TRPs, the makers decided to wrap up the show in less than 2 months.

The report further mentioned that the crew is aware of the development for a week now, however, they are waiting to receive an official confirmation. Despite other shows with lower ratings than Kuch Toh Hai, the news comes across as rather sudden. However, the reports also mentioned how anything is possible right now and when the show does not do well or connect well, it makers feel it is better to take them off air.

Meanwhile, the show, which is an extension of the Naagin franchise, also seems to have suffered a blow as a result of dipping TRPs post season 3. While the reports stated that it was probably one of the reasons to explore a different story with vampires but it did not work very well.

1 months ago I would be so happy if this is true. There is no place for Vampires or angels in a Naagin story, let’s even if they do show up you can’t pair a Naagin with a Vampire.

+ 3
1 months ago As a fan of Veer Bani and an ardent hater of the N5 storyline, all I can say is - do your homework before launching these shows, Ekta. With half baked stories and atrocious plot loopholes, you first wasted VAni’s potential and then chose these two people as leads in an illogical Vampire + Angel + Naagin combo show 🤷‍♀️

+ 2
1 months ago What did you expect? The ML lead looks like he is in gr 11 & doesn’t eat. The female lead looks older & his behan. Who wants a brother sister love story? It may work for GHKKPM but sadly that formula failed here

1 months ago It's better to end up the supernatural shows from TV. Naagin 1,2,3 were indeed good in terms of story. Other Supernatural shows like Vish, Vishkanya, Sitara, Tantra and 45 episodes of Jinn have a good storyline. Others were no less than cartoons. Even after lockdown, people lose interest on supernatural shows...

1 months ago Ekta needs to invest time on the storyline. I have seen many FF writers do research before writing an episode. But she is preparing a story at evening and airing at next day night. It's a blunder to compare Serial writers to amateur writers, but still the way KTH come into TV is a nonsense.

+ 2
1 months ago Hahahahaha!!! LOL Ekta please stop making Naagin for a while. You really need to work on the story Recycling kab tak tikega!!!! N3 was the last if good seasons N4 and N5 big time flops!!

1 months ago People are bored of supernatural genre

+ 3
1 months ago Its just a trick by PH to attract more viewers to watch the show. She did this during her disgusting Chandrakanta. Twice or thrice there were fake news of its ending and me and my forum friends would be happy only to be left disappointed soon.

+ 2
1 months ago Ekta you should take a break from this franchise. It was put on air too quickly and the leads just didn't click with the audience. What a waste of time for some of the audience and cast