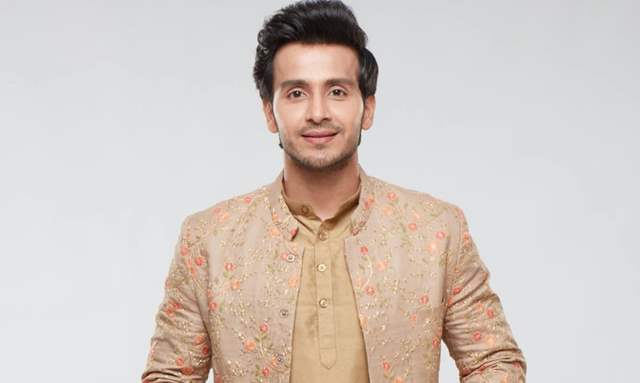 Param Singh, who is currently seen as Ahaan in Ishk Par Zor Nahi, has been receiving a lot of love from the fans and continues to be appreciated for his role. The actor spoke to spoke to India Forums about the show, his chemistry with co-star Akshita, and some more.

How creatively satisfied are you with your performance?

You know one never gets satisfied, I never get satisfied with my performance ever. I always feel I could've done this or that, so I don't know. It really depends and is subjective since it is acting - some people will like it some won't, for me something will work, for my director something else will work. I am not easily creatively satisfied, sometimes I am happy because I don't watch myself, there was something that happened in the scene, other times there is a question in my head as to was it okay, am I doing fine.

What kind of prep continues to go into your role?

A romantic scene that you love for Ishqaan.

I think I like the swimming pool scenes which we did in Diu while shooting for the outdoor schedule. I like more of the silent scenes rather than the talkative ones, the kind where you are maybe talking to each other, holding hands, and just being in the moment, and trying to understand each other.

How is it like to perform romantic scenes with each other, how do you get it right?

I think off-screen, we are very comfortable with each other and we are buddies. It is very comfortable when you know the person so it comes easier, if not natural and there is no awkwardness. You can always do whatever you feel like, I think that is why people are liking chemistry because we are good friends and we try to keep it not very film, romance, whatever we can, we try to keep it organic.

Fans want to understand what does Ahaan thinks about trusting Ishqi, does he think she would understand everything Ahaan says?

I think Ahaan is in love with Ishqi and he really trusts her, so does she and they understand each other very well now. I think there will be moments of conflict, but at the moment, they are trying to respect and trust each other, I like that about them.

The post leap story feels rushed, is that something that is being done consciously?

I honestly don't know because I am not writing the story, I just do whatever I am given with full honesty and I don't know if it feels rushed or if it getting dragged.

Your favourite on-set prank and what was the reaction to the same.

I have pulled off many pranks on sets, sometimes people get pissed, sometimes they laugh, obviously, I do them for a reaction and sometimes I get amazing reactions, other times they want to hit me and run behind me. Obviously, they get pissed sometimes. I love to create a nice, friendly atmosphere on the sets.

Does Param relate to Ahaan in any way? Also, the challenges you face while playing the role.

I relate to him in a lot of ways, not his actions, but his turmoil. I think we all have different shades, I feel I have certain shades of Ahaan inside me, the love for his family, his dedication to his job, and also, he is a very right person, not saying I am right, but I am trying. However he is, he is really honest, and I try to do that.

2 months ago I love param singh. He is a great actor

2 months ago Please invest time in writing an article on why the show should not end, progressive shows ought to run for years. Get rid of shows with backward story concepts.