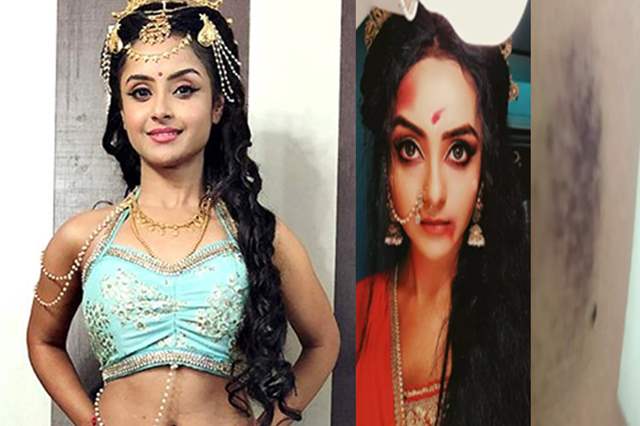 Time and again, we come across multiple instances and cases of how actors get injured while shooting and while, at times the injury isn't too serious, sometimes it does get more serious than one can anticipate.

Fortunately, it the case of the former with actor Ishita Ganguly who plays the role of Draupadi in Star Bharat's RadhaKrishn.

The iconic cheer haran scene was recently shot in the show, and Ganguly went on to sustain some injuries while shooting for it. Foe now, she has taken a day off to take rest and recuperate. In an interview with Bombay Times, Ganguly said, “It was an exhausting sequence, shot in a span of three days. I was completely drained out by the end of it. I lived the journey of Draupadi, as she was dragged by Dusshasan from her room to the sabha (Hastinapur assembly). My wig came off four-five times, and I sustained injuries on my legs and left shoulder. Not just me, even my co-actor Ankit Gulati, who plays Dusshasan, got injured. I was so immersed in the character that I retaliated to Dusshasan’s assault, and he sustained nail injuries. With all the safety protocols being followed (owing to the COVID-19 pandemic), the shoot became even more challenging.”

She added, “Of course, the production house had taken all precautions for the shoot. I was wearing knee-pads, but I guess this is what happens when you shoot for a sequence so passionately. I couldn’t even walk by the end of the scene.”

She, however, is surely not complaining as she said, “It’s every actor’s dream to re-enact such iconic sequences, and I am fortunate that I have been chosen for the part. I am grateful to the producers — Siddharth Kumar Tewary and Rahul Tiwari — for granting me this opportunity. My injuries are a small price to pay, because the scene has turned out so well. Everyone has worked hard for it.”

What do you thnk about the same? Leave in your comments below.