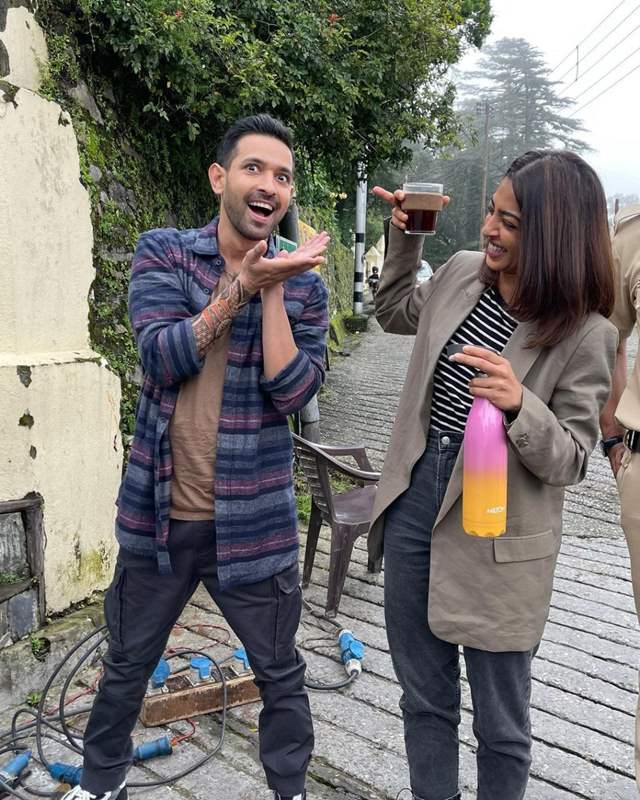 Over its 15 season run, The CSI Files amassed immense love from the desi audience. The fact that the series attempted to be as scientifically accurate as possible, even bringing in the involvement of scientific experts, made it an irresistible watch.

It turns out that the Indian diaspora will finally have an investigative thriller in its quarter which could match up to the brilliance of the series.

Vishal Furia’s Forensic starring Vikrant Massey and Radhika Apte along with Prachi Desai could be Bollywood’s foray into the genre that has been left largely unattempted by filmmakers.

It is a tough genre to attempt. But it is equally exciting. In a day and age when your audience is more evolved, aware and film literate, it’s upon writers and filmmakers to make sure they are at the top of their game. We have tried to make the story pacy and yet keep the human emotion at its core authentic. Thankfully for me, I have actors like Radhika and Vikrant who elevate the script so beautifully. They understand the demand of the story and give me balanced performance each time they are on camera.

The film's shoot is underway in Uttarakhand for the past few weeks. Ask him if he has referred to the CSI Files and he says,

It might be the same genre as our film but that’s where the parallels end. The treatment is similar but I have to be honest to my film. It's important that we give any story a fresh never-seen-before perspective. That’s what we are trying to do with Forensic. I am so excited about the film. Everyday is a new adventure. I love the genre so I am constantly enhancing it at the filming stage with the actors. It’s been a joyride.

“Novelty is a big draw for the film. While there are a lot of international films along the same lines, it’s one of the few ones in the Indian market."

Forensic is directed by Vishal Furia and produced by Deepak Mukut, Mansi Bagla and Varun Bagla under their banners of Soham Rockstar Entertainment Pvt. Ltd. and Mini Films, and co-produced by Hunar Mukut.

+ 4
2 months ago IF stop embarassing yourself with these outlandish headlines lmao.

+ 4
3 months ago Lol what? This is a remake of the Malayalam film of the same name and it is just a thriller normal sa not even one if the best Malayalam films either so that comparison is a bit overstretch