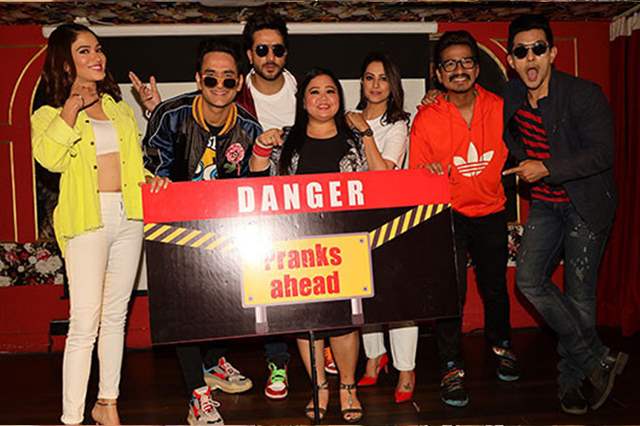 In times on Indian TV where we have a barrage of drama shows taking over and pretty much even getting all the accolades, there is rarity of comedy shows on the tube and even more rare is the number of such shows that actually make a mark.

One of these select few have been the variety game show, Khatra Khatra Khatra that was led and produced by Haarsh Limbachiyaa and Bharti Singh. The couple came up with the show back in March 2019 and what was originally intended to be a short 20-episode format went on to huge success and ran for almost eight months airing over 140 episodes.

Ever since the show went off-air, the fans have already begun wanting and asking for a second season. In fact, recently during a Q & A session on Instagram, Singh was asked by her Khatron Ke Khiladi co-contestant Avika Gor about when they are coming up with the show's season 2, to which Bharti gave a vague and teasing answer.

She instead asked her husband Haarsh about the same. It was Limbachiyaa who finally confirmed that the second season is indeed coming soon- 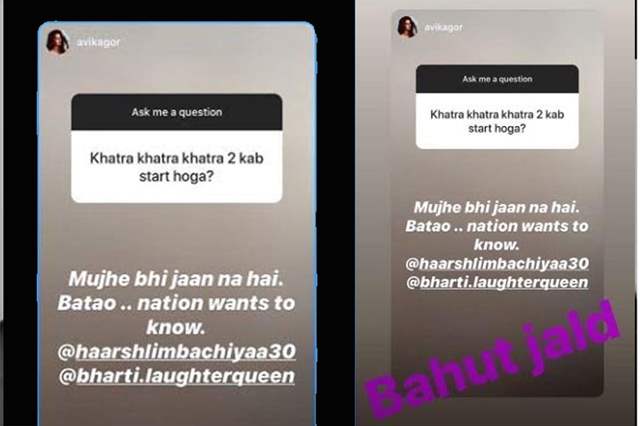 So, fans can certainly relax and be glad that the second season is indeed coming soon and that there is not vagueness about that at least.