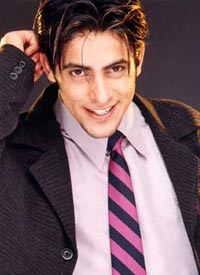 Lux Kaun Jeetega Bollywood Ka Ticket on 9X has been tagged as the most controversial show on television and as the contest reaches its final stages, the buzz going around is that the whole show is scripted and the eliminations pre-decided!!

Apart from this, the latest buzz from the sets is that Chetan Hansraj and Vikas Manaktala have been constantly voting for themselves by making fake ids. A contestant on terms of anonymity says “Yes, it is true and few are indulging in this. But nothing can be done, all is part of the game!”

But Vikas Manaktala rubbishes all this and claims, “It is all false and wonder how such news gets spread. I have lots of fans in North India who support me and I have many friends from London and USA who vote for me. Many of my co-contestants even ask for votes personally, but I don’t have time for all this. With all this, how will I go and create a fake id for myself? I think people know what is right and what not. Many contestants have got into heated arguments just to get attention, but I and my partner have kept things neat and never indulged in such activities. My hard work has paid off and that is what I can say”.

We tried calling Chetan Hansraj too to get his thoughts on this, but the actor remained unavailable for comments…


P.S: The views expressed in this article are not meant by the author.
Featured Video

+ 2
14 years ago Its clearly shown that ths show is scripted for sure and everything pre decided n this oting system is totally fake,I dont think chetan and vikash has more fans than karan n jay,it looks totally fake.

14 years ago One thing i wanna know is y is this contestant telling things anonymously?? y can' he/she tell in front of everyone that look i know these ppl r doin this. thellin things anonymnously only means that he/she is faking it and does not want to be caught n wants to spread a controversey.
so i feel this news is completely false.

+ 2
14 years ago WHAt nonsense is this??? We all know who tht anonymus person is..Why is tht person after Vikas yaa...CAnt he/she just mind their own business other than spreading such stupid rumors

+ 5
14 years ago cant these people bear anothjer person doing better than them??its really mean to spred rumors like this about someone!!

14 years ago Probably the anonymous person is mihika.....
Amazing reality show!!!
The controversies in it make it different from other reality shows...

+ 4
14 years ago I just can't believe all this rubbish. If Chetan has fake ids, how come he was in bottom 3 for two times. He was saved by the co-contestants. Moreover he is in final coz contestants voted for top 3 !!!!
Regarding Chetan not available for comments, does the reporter realise that he is working in 2 daily soaps - KGGK and Mahabharat?
We expect fair reporting from TB and this artile is too gossip led ........
IRRESPONSIBLE REPORTING INDEED !!

14 years ago this is soooooooooo stupid!!!!!! i dont think Vikas or chetan will do anything like that. i hv myself voted for vikas a few times n my coll frens hv been voting for Vikas like crazy. inact their mobile bills hv doubled.
i dont believe in this at all.
the anonymous contestant is mihika or twinkle for sure.

+ 2
14 years ago dun knw wht is truth or fake. but i m sure i will missdis shw a loads after it goes off air....as only in dis shw v can c loads of controversy... hahha