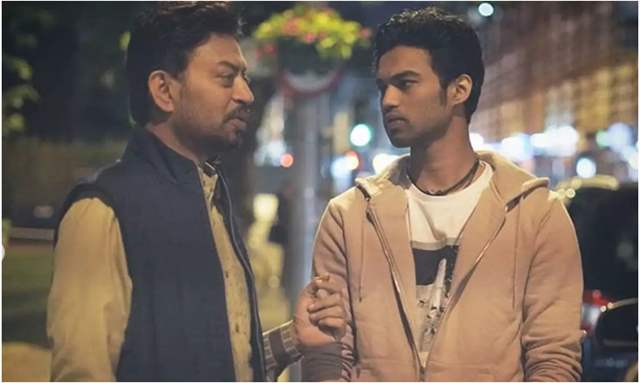 Irrfan Khan’s son Babil Khan is quite active on social media and apart from following the recent updates, he regularly shares pictures of his late father. He has regularly updated Irrfan’s fans and also shared some of the most cherished memories of him with Irrfan Khan.

However, today Babil took to his Instagram account and shared an anxious note for the people who claimed to know the actor better than his son. He took a dig at their claims and mentioned that, ‘me and baba were the bestest friends don’t try to teach me what my father would have done’.

Sharing a few pictures of Irrfan Khan, Babil wrote, “U know what, I have felt a sense of liberation from your hate because I realised, you really don’t have anything to do but hate and form a quick judgemental opinion about an actual human being . So really man, I have truly lost respect for people that claim they know my father, or hahahaha know my father better than me like “oh your father would be so ashamed of you” , Boi shut you mouth, me and baba were the bestest friends don’t try to teach me what my father would have done.”

Babil has winning hearts with his humble responses to fans on social media. In June, when he was urged to discourage nepotism by unfollowing all star kids, he said that he would work hard to hopefully justify his position in the film industry.

Meanwhile, he recently came out in support of director Anurag Kashyap after Payal Ghosh levelled allegations of sexual misconduct.